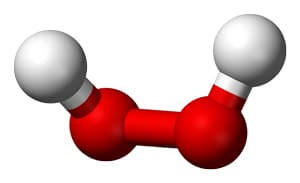 Hydrogen peroxide (H2O2 or simply “peroxide”) has long been the subject of regulatory agency interest. The current allowable 8-hour time weighted average of 1 ppm dates back to 1978, if not earlier.

The signs and symptoms of acute exposure to hydrogen peroxide include irritation of the eyes, nose, throat, and lungs, ranging from mild bronchitis to pulmonary edema. Corneal ulceration, redness and blisters on the skin, and bleaching of hair may occur after contact of the eyes or skin with the liquid or vapor. Reports that inhalation of 7 ppm causes lung irritation appear in the 1972 edition of the textbook Clinical Toxicology.

The initial focus of regulators was on process industry exposure to the compound, although possible exposure in health care settings was acknowledged.

In 1993, Advanced Sterilization Products (ASP), a division of Johnson & Johnson, introduced its STERRAD® hydrogen peroxide gas plasma sterilizer to the American market. The timing could not have been better in that people in the SPD (Sterile Processing Department) had learned all they wanted to about the dangers of ethylene oxide (EtO).

“Sure EtO works, but the cycle time is too long.” Many in SPD really wanted to believe that the STERRAD would eventually supplant EtO altogether. “The new STERRAD® is completely safe and effective, and creates no harmful by-products. What’s more, you could run a cycle in less than an hour!”

Marketing presentations for the STERRAD® were like revival meetings, all featuring the line, “It has a 510(k) approval, and you know what that means.”

Very likely, though, no one in the audience really knew what a 510(k) approval [more correctly: 510(k) clearance] meant. The implication was that the FDA had vetted the product comprehensively, assuring that it was absolutely safe and effective. In fact, the 510(k) process generally consists of the agency approving the device based on the paperwork submitted by the manufacturer. What needs to be demonstrated is that the device is substantially equivalent to a so-called predicate device. In the case of the STERRAD® 100’s approval, that predicate device was an ethylene oxide sterilizer.

Presumably, data was submitted at the time which showed that the STERRAD® 100 did not leak hydrogen peroxide vapor during a cycle, or that what could be measured was minute, and would not even approach the allowable 8-hour time weighted average.

A huge body of data exists for ambient air concentrations of EtO in SPDs. In fact, it was this very data collection, as well as the possible carcinogenic properties of EtO, that caused its allowable 8-hour time weighted average to be drastically lowered to 1 ppm.

After an extensive literature search, we were able to locate only two papers that report findings on peroxide concentrations in the SPD. The first one (pdf file 2.9 MB) was published in 1997 and documents that peroxide had been detected upon the opening of the sterilizer door at the conclusion of the cycle in the operator’s breathing zone. Levels as high as 3 ppm were reported. [An Adverse Event Report describing a related scenario was filed on 30 July 2002.]

The study notes that some of the personnel performing the sterilizing operations reported episodes of eye and mucous membrane irritation.

Furthermore, the study notes that packages removed from the sterilizer after one hour continued to emit residual H2O2 gas at short-term instantaneous concentrations of up to 2.5 ppm for up to 1.3 hours following their removal from the sterilizer. The authors state that no one would consider knowingly exposing workers to EtO, and wonder how these H2O2 exposures can be tolerated. In fairness, these numbers were short-term, and the 8-hour TWA was probably not exceeded. Unfortunately, “probably” is not good enough. That’s why people monitor for toxic gases!

While the paper cited does date back to 1997, the findings at the time were contrary to all popular perception. 20 years later, another work was published that does warn about certain high levels that were encountered for brief exposures.  One hospital found brief concentrations of 25–40 ppm hydrogen peroxide from four hydrogen peroxide sterilizers each time they opened the sterilizer at the end of its cycle.

A paper from 2008 describes employee exposure to hydrogen peroxide in a beverage processing plant, and concludes that a STEL value should be promulgated.

There is also a PowerPoint presentation, from 2009, which was widely circulated in SPD circles, suggesting that hydrogen peroxide does indeed leak from the sterilizers, and the effects can be observed.

We are encouraged that—at long last—more SPD people are taking an interest in monitoring for hydrogen peroxide. Please contact us for more information.

Here is our catalog section on hydrogen peroxide monitoring instruments.