Is it necessary to monitor for hydrogen peroxide in a hospital sterile processing department (SPD) area under “emergency” conditions? 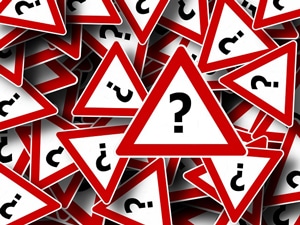 There are two classic aspects of toxic gas detection—

a)   Monitoring normal employee exposure, to determine if regulatory levels have been exceeded in the long-term

Of course, both of these functions can be handled with the same monitoring system, as long as the system has sufficient sensitivity to accommodate the regulatory levels.

Based on the long history of ethylene oxide (EtO) toxicity, detailed guidelines have been promulgated regarding compliance with standards, as well as how to respond to emergency situations.

Within that publication is a section devoted to Emergency Situations…

The OSHA EtO standard requires that a written plan for each workplace be developed for emergency situations. (See also §1910.38 Emergency Action Plans and §1910.39 Fire Prevention Plans.)

The following are some simple steps to ensure that your workplace meets the emergency plan requirements in OSHA’s EtO standard:

Applicability of this to hydrogen peroxide

EtO has been classified by IARC (International Agency for Research on Cancer) in Group 1—Carcinogenic to humans. This is the primary reason that it is regulated, and why people monitor for the compound. There are also acute effects, and even combustibility issues. Furthermore, prior to the 1980s, the stewardship of EtO was—to be polite—lacking in some occupancies, creating an awareness of and bad history for the molecule.

As to hydrogen peroxide, IARC classifies it Group 3—Not classifiable as to carcinogenicity to humans.

This category is used most commonly for agents for which the evidence of carcinogenicity is inadequate in humans and inadequate or limited in experimental animals.

Agents that do not fall into any other group are also placed in this category.

An evaluation in Group 3 is not a determination of non-carcinogenicity or overall safety. It often means that further research is needed, especially when exposures are widespread or the cancer data are consistent with differing interpretations.

The Occupational Safety and Health Administration (OSHA) defines an immediately dangerous to life or health concentration in their hazardous waste operations and emergency response regulation as follows:

An atmospheric concentration of any toxic, corrosive or asphyxiant substance that poses an immediate threat to life or would cause irreversible or delayed adverse health effects or would interfere with an individual’s ability to escape from a dangerous atmosphere. [29 CFR* 1910.120]

Also considered is this…

Human acute toxicity data were used if sufficient to determine a concentration that for up to 30 minutes does not cause death, serious or irreversible health effects, or does not impair or impede the ability to escape.

Certainly, it is unlikely in the extreme that a situation could occur whereby one could not exit an SPD occupancy—caused only by a leak of either ethylene oxide or hydrogen peroxide. Thus, using IDLH numbers here is foolish and misleading, especially since the PEL (OSHA Permissible Exposure Limit) values are the same, and hydrogen peroxide does not have a STEL/Ceiling value assigned.

We are assured by both manufacturers of hydrogen peroxide sterilizers that they cannot leak vapor phase hydrogen peroxide under normal operation. Yet, there are many reports of peroxide damage to various items in SPD areas. Certainly, this could be a cumulative effect.

Is there a possibility of a leak under extreme upset conditions? Yes, but the operators would already note that the sterilizer is seriously malfunctioning, and would leave the area at once. The manufacturers seem to be implying that there is no such thing as a “non-obvious” leak.

Bear in mind that with the old method of cylinder usage, leakage scenarios for ethylene oxide could be postulated and were observed. While the newer cartridge methodology is safer, the cartridges themselves can leak in storage, the sterilizer can leak in operation, and the ventilation system around the sterilizer can fail or even misdirect the air. We have seen all of these.

Thus, there are long-established reasons to monitor ethylene oxide, in addition to its carcinogenicity.

Inasmuch as the hydrogen peroxide technology was brought online with the promise that no monitoring would be required, as well as its much sterilization shorter cycle times, interest in monitoring for this compound is quite recent. Thus, knowledge of true field conditions is only now developing.

Occupational standards for hydrogen peroxide, though, have long been in place, even if there has not—so far—been much of an enforcement emphasis on SPD applications. Within the past year (2007-2008), though we have seen a good deal of interest in monitoring for this compound, in both the SPD and decontamination applications.

We cannot predict whether OSHA will publish a document similar to “Ethylene Oxide (EtO): Understanding OSHA’s Exposure Monitoring Requirements/Making the Right Decisions – How to Comply with the EtO Standard” for hydrogen peroxide. But we do know that if you have a hydrogen peroxide monitoring system installed, compliance will be assured.