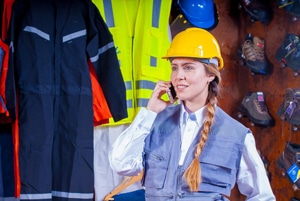 Handheld gas detectors originated from wearable, battery-operated personal monitors. Early designs were usually set up to provide an alarm, in the event that the ambient concentration had exceeded some user-settable value.

These instruments relied on diffusion sensors, and were most often set up to detect a single gas. A simple display showed the current gas concentration. The alarm function included both audible and visual alerts.

Full-feature gas analyzers of that era were small, but not wearable, and were well-suited for “sniffing” around an area. Equipped with a sample draw pump and a sample probe, they could be set down to monitor the ambient, or the probe could be deployed closer to potential leak sources. Powered by rechargeable batteries, these analyzers would feature a more comprehensive display functionality, would usually be more robust than their handheld counterparts, and provide an analog (later digital) output. Such outputs could easily be connected to recorders (later dataloggers).

With improvements in electronics and sensor technology, onboard datalogging was added to both the handheld and analyzer configurations, and multi-gas units became available. Recently, Cloud connectivity and sample draw pumps have been added to some handheld models. With each successive generation of handhelds and analyzers, more features are added, so that determining which product would be most suitable for your needs now requires a closer look at the specific application(s).

1.     If the main interest is personal safety, handhelds—which are also generally wearable—are the best choice. Of course, one might also consider applying fixed or continuous gas detection to the area of interest, which could be more effective and more economical.

2.     While handhelds might be set down to do ambient readings in a particular location, analyzers are more properly suited to this task. Likewise, doing serious sniffing of potential leak/point sources is much more efficiently performed with an analyzer.

3.     Given the greater availability of panel space with analyzers, more elaborate display features are possible. Besides allowing more comprehensive settings menus, live trending (concentration versus time) can be shown, along with more easily readable operating instructions.