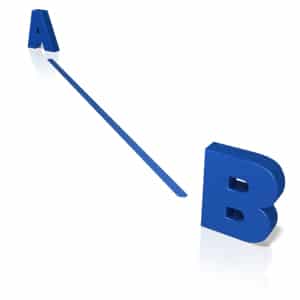 Perhaps the most well-known example of two point calibration involves liquid-in-glass thermometers, the most popular of which used to be mercury thermometers. That device was invented by physicist Daniel Gabriel Fahrenheit in Amsterdam (1714). Brilliant in its simplicity and accuracy, it took advantage of important physical constants: The predictable expansion of mercury as a function of temperature at a given atmospheric pressure, as well as the boiling and freezing points of water under the same conditions.

Similar work was performed by Swede Anders Celsius (1742). Fahrenheit defined the freezing and boiling points of water as 32 degrees and 212 degrees respectively. Celsius created his scale using the somewhat more logical 0 and 100 degree marks. The byword in both cases is “physical constants.”

Invariably, though, they will encounter an apparent non-linearity, since calibrating the instrument with standard “A” will not precisely line up with standard “B.” However, we know that electrochemical sensors must be inherently linear, in accordance with this equation. In theory, one could posit a set of extreme conditions whereby the diffusion characteristics of the sensor membrane material would differ enough as to cause an apparent non-linearity; or an extremely high concentration could “clip” the electronics. But, for all practical purposes, electrochemical sensors are linear.

The problem is with the gas standards, themselves. Consider that their accuracy is usually ±2%. So, if two of these are used in a situation such as the two point calibration described above, there could be a random error created of ±4%.

That’s why we—and every other instrument manufacturer—recommend a single point calibration for electrochemical gas sensors.