What if you’re unsure about your calibration standard? 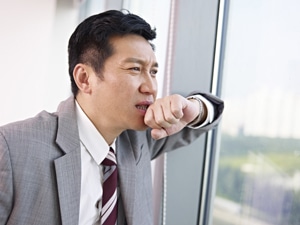 One of our older sales reps faced this issue many years ago, on a source monitoring job. His instruments were set up in a trailer, ready to demo to a prospective customer. The customer had provided a nice new cylinder labeled “sulfur dioxide in air, 500 ppm.” However, when this gas was applied to an also brand new instrument, there was…no response at all.

Undaunted, the rep checked the tubing connections, and everything was intact. He even checked the inside of the instrument to see that the sensor was properly connected, and it was. Finally, convinced that the problem had to be the calibration gas, he carefully (as he tells the story) took a direct whiff of it. Now, SO2 will have a pungent odor, but there was no smell at all. The tank just contained air.

While this was a risky and foolish thing to do, it did prove a point—and got him a customer. The point was, of course, that sometimes calibration standards are not what they claim to be.

Much more recently, another one of our reps had consistent and repeated problems with permeation devices. Based on independent testing, the certifications were off by nearly a factor of two, and this problem occurred over an 18-month stretch, involving six different devices.

Considering that calibration standards are the basis for all gas detection results, anything other than correct, stable standards in unacceptable. So, what should you do if you are faced with this? And, how would you even know?

1.     Usually, a bad calibration standard can be suspected if there is no other logical explanation for outlandish results. This is especially true if you have a solid history of how things are supposed to be—as did our rep in the above-mentioned permeation device matter.

2.     Keep detailed records of the anomalies.

3.     Contact the calibration standard supplier as soon as you can, and be prepared to supply copious data supporting your assertion. Get the instrument manufacturer involved.

4.     Offer to have the standard independently analyzed, if the supplier agrees to reimburse you if they are in the wrong.  Many suppliers claim NIST traceability, and certifications to an EPA traceability protocol.  Make them prove it.

5.     Be vigilant! Regrettably, this sort of thing happens more often than you might think. And, any standards supplier worth their salt will readily admit a mistake, will thank you for pointing it out, and will replace the standard free of charge.