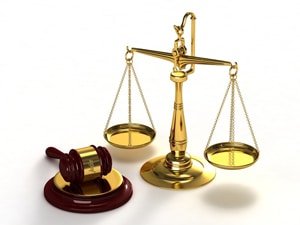 A sample-draw  system uses a pump to draw sample back into the instrument, where it enters the sensor for analysis, and is then exhausted to the atmosphere or vent line.

Gas detection instruments with passive diffusion sensors  do not use a pump to pull the sample to the sensor. Instead, they rely on the inherent movement of the air to direct a sample to them. In portable/survey applications, the sensors are usually located integral to the analyzer enclosure, but can also be deployed remotely on an umbilical electrical line. In multi-point systems, they are mounted remotely in the field, and connected electrically to the analyzer control panel, or SCADA (Supervisory Control and Data Acquisition) system. In some cases, wireless communication can be used.

Operating a gas sensor in the diffusion mode gained popularity with the advent, some years ago, of “catalytic” type combustible gas sensors. These sensors are packaged in explosion-proof housings (required by where they must be installed), and a signal is delivered back to the control panel. The package is called a sensor “head.”  Another term used is “point sensor.”

Clearly, there are good reasons why you would not want to bring a potentially combustible mixture back into an instrument cabinet. However, among the many detection points of a typical combustible application, there may be locations that are simply not suited to a remote sensor, either because one cannot be mounted close enough, or maintenance would be difficult or impossible at that particular spot.

Thus, an intrinsically safe or explosion-proof pump would be employed to direct sample back to the diffusion sensor head, along with some sort of special appurtenance to adapt the diffusion head to a flow-though sampling arrangement.

For the most part, widespread combustible gas detection preceded toxic gas detection in the marketplace. Unfortunately, because of the superficial similarity of the two applications (you are detecting “gas” in both of them), analogies were drawn between the two, and a great deal of confusion was created, much of which persists to this day. In fact, there are more differences than similarities:

Putting it another way, in the far less demanding world of combustible gas detection, diffusion sensors are an appropriate methodology.

Now we can consider how diffusion sensors stack up in the rigorous and unforgiving world of toxic gas detection. First, we must note the inherent problems:

In view of the foregoing, we can conclude that the more a toxic gas detection application matches the diminished rigor of a combustible gas application, the more it will be suitable for diffusion sampling. But how many toxic gases will have the necessary characteristics of…

The answer, of course, is not too many. I can only think of carbon monoxide (CO), certain alcohols, and a limited number of other organics. But, even CO applications can be problematical, as you will see.

CO monitoring is to be done at many points within a large enclosed area, that is a testing facility for all sorts of construction vehicles. Because there are no columns in the entire structure and extremely high vehicles will be in the facility, sampling must be done at ceiling level—44 feet (13.4 m) above the ground.

While remote diffusion sensors COULD be mounted to the ceiling, who would want to calibrate and maintain them up there? And, make no mistake: they would have to be maintained. Sometimes, the smoke can be intense, so that even if the diffusion head were protected with a sintered metal filter cap, it would have to be cleaned regularly. Not a good fit.

Our approach was to run tubing to the ceiling level for each point, going back to a central panel. All calibration and maintenance is performed at the panel. Normally, we use end-of-line filters at the sampling point, but these would not be appropriate in this app. So, we arranged in-line filters at ground level, and provided each sample line with an instrument air blowback feature, to take care of any particulate clogging problems.

The fact is, there are MANY apps that aren’t simple enough to be handled properly with diffusion sampling. Sad to say, that doesn’t prevent some vendors from shoehorning your application into their limited product offerings.

The Best of Both Worlds

With Interscan’s AccuSafe Continuous Gas Monitoring Systems, we have invoked the popular notion of a centralized controller and remote sensor “heads” (or sensor units). Communication is via Modbus TCP or RTU (RS485). Uniquely, each sensor unit is provided with its own sample-draw pump.

Thus, the sensor heads can be placed close to the action; no sample is brought back to the controller; and response characteristics at the remote point are greatly improved.