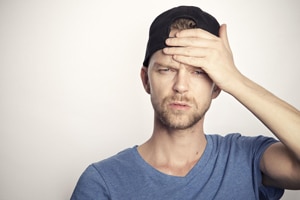 As if it weren’t bad enough that clueless environmental authorities try to impose their ignorance on the field by using so-called “metric” units of gas concentration, another trap may be lurking for you.

While I have never encountered the term “parts-per-milliard” to signify 10-9, it certainly could happen. Imagine if that were also abbreviated “ppm”!

However, the unit µl/M3 [microliter per cubic meter] has been published in numerous official Korean documents, and was used to avoid the potential parts-per-billion confusion. This interesting unit does define 10-9 in a non-ambiguous fashion.

The good news is that American cultural hegemony has already affected the numbering system, and, as you might expect, money was involved.

We prevailed upon (at least) the Brits that 109 dollars be called a billion dollars, and this was agreed to in 1974, under Prime Minister Harold Wilson. This usage has also spread into common parlance, and according to the The Times of London style guide,

[a] “billion [is] one thousand million, not a million million”

Even though our definition of a billion as 109 is supposed to apply in official government statistics worldwide, the Korean example is clearly an exception, and is probably not unique.

This posting from the Oxford Dictionary folks indicates that the confusion may finally be coming to an end.

Still, our recommendation is to ask what someone means by parts-per-billion, in any international dealings.