Where did OSHA PELs come from? 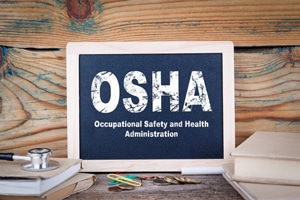 OSHA’s Permissible Exposure Limits (PELs) are legally binding, per 29 CFR 1910.1000. In the case in which a PEL is not established by OSHA, it can be argued—in accordance with the General Duty Clause of the OSH Act of 1970—that if some other learned body, such as ACGIH, does have an occupational exposure limit, it would apply. However, unlike ACGIH’s TLVs, OSHA PELs tend to take practicalities into consideration, implying that the wholesale adoption of such TLVs® is far from certain.

Nonetheless, there is little doubt that OSHA referred to the standards of ACGIH, and many other sources, when the PELS were established in 1971.  Sources included the US Bureau of Mines, ANSI, industry trade associations, unions, and several foreign governments.

ca. 23-79 AD: Roman Pliny the Elder described workers’ use of sheep bladders as masks to protect from mercury dust and vapors

ca. 1736: state of Massachusetts in USA prohibited use of lead in whiskey stills after fatalities of drinking alcohol from the stills.

ca. 1840: France issued a policy discouraging the use of lead as a pigment in paint

ca. 1912: Kobert of Germany published a list of acute exposure limits for 20 substances

In her presentation, she includes Kobert’s “List of Exposure Guidance”. As she notes, many of Kobert’s “minimal symptoms” numbers exceed today’s IDLH levels.

Thus, there is a long history of interest in occupational hazards, but putting teeth into it—and creating realistic exposure limits—occurred within the last 100 years.

OSHA PELs, along with standards promulgated by other groups, are posted in this chart.