Formaldehyde:  It’s Not Only Found In FEMA Trailers

Formaldehyde:  It’s Not Only Found In FEMA Trailers 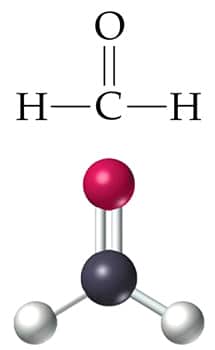 Judging by the uproar over the past several months, you might think that formaldehyde is a toxic chemical that exists mostly in trailers purchased by the U.S. Federal Emergency Management Agency. If nothing else, this current crisis will get people thinking about indoor air quality.

After all, no less an authority than our own EPA states that:

In the last several years, a growing body of scientific evidence has indicated that the air within homes and other buildings can be more seriously polluted than the outdoor air in even the largest and most industrialized cities. Other research indicates that people spend approximately 90 percent of their time indoors. Thus, for many people, the risks to health may be greater due to exposure to air pollution indoors than outdoors.

Look anywhere in your home or workplace—at the wood products, paint, drapery, carpets, paper, and insulation materials—to name just a few items. These familiar fixtures of our daily lives all contain formaldehyde, a colorless, pungent-smelling gas that can cause numerous nasty health effects. Relatively low concentrations of formaldehyde can cause searing eye irritation, skin rashes, and a host of respiratory symptoms.

You’d think that we should just get rid of this ubiquitous compound, classified as “carcinogenic to humans” by The International Agency for Research on Cancer, but its potential dangers are trumped by its great utility! It is part of the adhesive in pressed wood products, a preservative in some paints, a coating in most fabrics, a binder in insulation, and it adds wet strength to certain paper goods.

Environments can become contaminated with this chemical due to excessive moisture, natural outgassing from the materials themselves, and overzealously sealed-up buildings—the biggest single cause of indoor air quality problems. In practice, it does not take much to create a potentially hazardous situation, especially in modern workplaces with windows that don’t open.

Since, in theory at least, we can increase ventilation, and watch out for excessive moisture, what, if anything can be done to limit the outgassing of formaldehyde? In other words, how can we control the source?

Dealing With The Source

Any formaldehyde-treated product will tend to emit less gas with time. So, the initial good news is that the problem will always decrease, even if we do nothing. Experience has shown that the worst offenders are typically manufactured wood products (including particleboard and medium density fiberboard) and most types of carpet padding. Any new delivery of such items should be accompanied by enhanced ventilation, ideally running 24 x 7 for the first few weeks of installation.

Since 1984, in accordance with 24 CFR 3280.308 [Manufactured Home Construction and Safety Standards], the Department of Housing and Urban Development (HUD) has promulgated regulations limiting formaldehyde emissions in plywood materials to no more than 0.2 ppm (parts-per-million) and in particleboard materials to no more than 0.3 ppm, when installed in manufactured homes.

Experience has shown that these levels, mixed in the general air of the manufactured home, will normally keep emissions below 0.01 ppm.

On April 11, 2008, FEMA announced that all future temporary housing units purchased by the agency must meet strict new procurement specifications, including a requirement that formaldehyde emission levels must test below 0.016 ppm [16 parts-per-billion].

While this might look great to the uninitiated, it is well to consider that data compiled in 2005 pegs the median concentration of formaldehyde in human breath at 4.3 ppb. Moreover, a February, 2008 paper notes that the instrument method used in the earlier paper (proton transfer reaction mass spectrometry) underestimates formaldehyde concentrations, due to its low proton affinity, and adjusts this to 10 ppb. Since this is the median, half the population will be above this value, and could likely “contaminate” a trailer to above the new FEMA value.

Finally, epidemiological data does not come close to supporting the 16 ppb standard, but when there’s a choice between politics and science, politics tends to win—even if it’s the public that loses.