Work of NOAA Shows Feds Can Do More Than Regulate 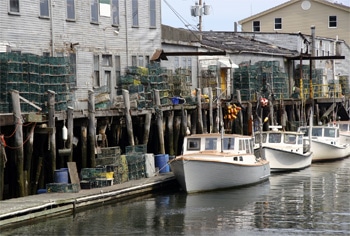 The Feds Do More Than Regulate

It’s not surprising that the typical overworked regulatory compliance/safety/environmental official at a plant near you (or even at your own plant) sees Hazmat—and the role the Feds play in Hazmat—as little more than complying with a bewildering number of regulations generated by faceless bureaucrats in Washington. Chances are, our typical official would add that these same bureaucrats have limited connection with the real world, and provide questionable value added.

But then, our official may not realize what NOAA, the National Oceanic and Atmospheric Administration, has been doing in Hazmat country.

NOAA, emphatically NOT a regulatory agency, is a unit of the US Department of Commerce, and is best known to most Americans by its National Weather Service, although the agency does much more. Here is NOAA’s mission statement:

“To understand and predict changes in the Earth’s environment and conserve and manage coastal and marine resources to meet our nation’s economic, social and environmental needs.”

Office of Response and Restoration (OR&R)

Within this office is the Emergency Response Division (ERD), formerly known as the Hazmat Response Division. ERD responds to more than 100 incidents every year, in support of local teams, including important contributions during Hurricanes Katrina and Rita, and various leaking tanker situations.

The division is especially renowned for its training materials and specialized software tools with cool acronyms.

ADIOS2 (Automated Data Inquiry for Oil Spills) is an oil spill response tool, that integrates a library of approximately one thousand oils with a short-term oil weathering and cleanup model.

CAMEO® (Computer-Aided Management of Emergency Operations) is a set of applications designed to assist first responders and emergency planners in the event of a chemical incident. CAMEO features a database of more than 6,000 hazardous chemicals; a chemical reactivity function used to predict the hazards associated with mixing substances; a mapping component; and ALOHA®, a modeling application that estimates threat zones.

Much of the power of CAMEO is available online at the CAMEO Chemicals website.

OCRM has six divisions that oversee ocean and coastal management at the federal level. Of primary interest in Hazmat is the Coastal Programs Division, charged with preserving, protecting, developing, and restoring/enhancing the nation’s coastal zones. OCRM’s activities encourage the participation of agencies at all levels of government.

As coastal development proceeds at its sometimes dizzying pace, natural protections from natural hazards can be removed. Seawalls can promote beach erosion and thus impede the absorption of storm energy, and removal of wetlands can eliminate natural buffers to flooding.

Effective stewardship of the coasts cannot be overemphasized. Indeed, since the dawn of civilization, people have preferred to live in coastal regions. In the US, while coastal counties comprise only 17 percent of the nation’s land area, they are home to over half our population. US coastal population is projected at 160 million by 2008.

As defined in Public Law 107-118 (H.R. 2869), the term “brownfield site” means real property, the expansion, redevelopment, or reuse of which may be complicated by the presence or potential presence of a hazardous substance, pollutant, or contaminant.

OR&R and OCRM take the lead within NOAA to drive revitalization of affected communities, while protecting the environment. New Bedford, Massachusetts is one of these communities.

Immortalized in Herman Melville’s Moby Dick, and famous as a seafaring center, New Bedford could be a poster child for the problems faced by older coastal towns. Suffering from high unemployment, with Superfund sites ringing the harbor area, and Brownfields sites occupying 150 acres of the city, New Bedford was not exactly all sweetness and light when NOAA first became involved with the community in the late 1980s.

By 2000, though, New Bedford became a Brownfields Showcase Community for creating a successful brownfields program that provides a model for older port cities trying to clean up and revitalize their community. In 2002, as the interagency (primarily NOAA and EPA) Portfields program was rolled out, New Bedford was designated as a Portfields Pilot Port. Bellingham, Washington and Tampa, Florida were also given that classification.

These cities were selected for their commitment to innovation, their unique set of needs, and the potential for federal assistance to enhance successful revitalization.

In the case of New Bedford, navigational dredging, which did not occur for 30 years due to polychlorinated biphenyl (PCB) contamination, began in 2003. Clean sand from this dredging is being used as a so-called “clean cap” over PCB-contaminated sediments.

Another facet of the New Bedford project is the revitalization of a 95-acre waterfront area known as Hicks Logan Sawyer (HLS). HLS contains many brownfields, old mill buildings, and other deteriorating properties. However, given its proximity to a future commuter rail station and intermodal center, HLS could—and should—be transformed into a vital new community.

One more aspect of the New Bedford project, on a smaller scale, is the clean up of the Reliable Truss site, a former lumberyard and truss manufacturing facility. In 2004, the city received an EPA grant to remove lead-contaminated soil at the site, with the eventual goal of turning the location into a waterfront park.

The Take Home Lesson For Our Fearless Leaders

While the standard modality of the Feds is to identify a problem, and then overreact with regulations, the success of NOAA as a service-oriented agency in Hazmat—an arena absolutely drowning in regs and paperwork—is quite encouraging. It should serve as a role model for how the federal government does business.