$1 Trillion Down The Rathole And Counting: The Ill-Fated War On Drugs

$1 Trillion Down The Rathole And Counting: The Ill-Fated War On Drugs 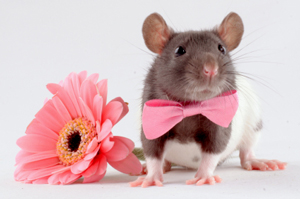 A quote widely attributed—without documentation—to Albert Einstein, but actually found in the 1981 Basic Text of Narcotics Anonymous, states that “Insanity is repeating the same mistakes and expecting different results.” While it is tempting to describe alcohol prohibition (1920-1933) as a precursor to our current War on Drugs, the first federal anti-drug law appeared in 1914, and local restrictions existed decades earlier.

To be sure, some of the same factors were in play for both anti-alcohol and anti-drug sentiment. The nativist anti-immigrant and anti-Catholic feelings of the late 19th and early 20th century weighed heavily in the temperance and prohibition movements. Compare that to the anti-Chinese rants tied in with opium use, and the identification of certain other minorities with heroin and marijuana.

Moreover, both alcohol and drug interdiction occurred during watershed political and cultural historical moments. Alcohol prohibition, never popular and lightly enforced in urban areas, could not possibly have succeeded but for the undue influence rural areas had on state legislatures at the time. Likewise, the public, reeling from looming defeat in Vietnam, and desperately searching for a war they thought they could win, were only too willing to go along with Uncle Sugar’s latest misadventure.

It didn’t hurt either that in their minds, a major target of the War on Drugs would be those dirty hippies who lost Vietnam for us. As such, the Comprehensive Drug Abuse Prevention and Control Act of 1970 was passed on October 27, 1970. A few months later, presumably in the wake of a report suggesting that as many as 15% of the GIs in Vietnam were addicted to heroin and countless others used marijuana on a regular basis, the Nixon Administration coined the term “War on Drugs.”

Mostly forgotten these days is that a substantial portion of the initial Act involved treatment programs. But from the first, prevention and demand-side reduction would inevitably be interpreted in the more conventional law enforcement style—not to mention full-blown military action.

Websites such as DrugSense keep track of the astronomical sums spent, and arrests made in the continuing travesty. Sometimes hidden in all the statistics is the plain fact that like so many other failed federal programs, the supposed benevolence disproportionately affects minorities.

In an interview from May, 2010, U.S. drug czar Gil Kerlikowske—reflecting on the money spent and the hundreds of thousands of arrests, incarcerations, and deaths in the current War—noted that “In the grand scheme, it has not been successful. Forty years later, the concern about drugs and drug problems is, if anything, magnified, intensified.”

Predictably, his predecessor John P. Walters took a different view: “To say that all the things that have been done in the war on drugs haven’t made any difference is ridiculous. It destroys everything we’ve done. It’s saying all the people involved in law enforcement, treatment and prevention have been wasting their time. It’s saying all these people’s work is misguided.” Well…something like that, John.

Which brings us to LEAP, Law Enforcement Against Prohibition. Founded on March 16, 2002, and now boasting more than 60,000 members, LEAP is made up of current and former members of the law enforcement and criminal justice communities who are speaking out about the failures of our existing drug policies. According to LEAP, those policies have failed, and continue to fail, to effectively address the problems of drug abuse, especially the problems of juvenile drug use, the problems of addiction, and the problems of crime caused by the existence of a criminal black market in drugs.

I recently spoke with LEAP founder Peter Christ, retired captain with the Tonawanda, NY police department. Peter had the idea for LEAP, but acknowledges that it would have gone nowhere without the work of co-founder Jack Cole, retired undercover narcotics investigator from the New Jersey State Police. As Cole’s bio states, “Jack dealt with the emotional residue left from his participation in this failed and destructive war on drugs by working to reform current drug policy.”

Peter and Jack are among LEAP’s many outstanding speakers. Peter related a method he often uses to makes his point, during his presentations:

“Anybody here believe that we can win the war on drugs? Now let’s be clear. If we win the war on drugs, that means we’ve taken the word ‘marijuana’ out of the dictionary. We’ve gotten rid of the drugs. Show of hands… How many of you think that’s possible? Never does a hand go up.”

He will continue: “Drugs are always going to be a part of our society. Whom do you want to run the marketplace? Gangsters, thugs, and terrorists; or legitimate licensed individuals capable of establishing age limits and purity controls—such as we have with alcohol and tobacco? Which sounds better to you? That’s the LEAP position, pure and simple.”

When asked about the precise meaning of “legalization,” Peter responds, “Legalization simply means the elimination of Schedule I. All other discussion is about regulation.” Schedule I is a particular list of drugs under the Controlled Substances Act which have a high potential for abuse; have no currently accepted medical use in treatment in the United States; and demonstrate a lack of accepted safety for use under medical supervision.