A Look At Drug Testing 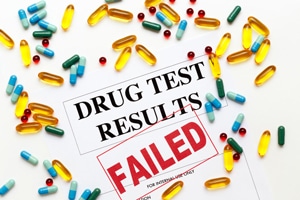 A Look At Drug Testing

Workplace drug testing was jump-started by President Reagan’s 1986 executive order mandating it for federal employees. In 1988, Congress passed The Drug-Free Workplace Act (41 U.S.C. 81). This law requires some Federal contractors and all Federal grantees to agree that they will provide drug-free workplaces as a precondition of receiving a contract or grant from a Federal agency. Interest in such testing surely increased during the so-called era of “drug hysteria and skyrocketing incarcerations” (roughly translated as the 1990s).

Related to this are the testing protocols required by the Department of Transportation for employees of companies under its jurisdiction.

Drugs.com consulted 14 sources to compile its Drug Testing FAQs. Here are some highlights…

Drug testing is the evaluation of a urine, blood, or other type of biological sample to determine if the subject has been using the drug or drugs in question. Typical reasons for such testing include:

Even as some companies are relaxing their policies on drug testing, presumably due to low levels of unemployment, few will argue in favor of having impaired employees on the job. Besides, the National Institute on Drug Abuse states that alcohol and drug abuse, including tobacco, costs the economy over $740 billion per year. These costs are related to crime, lost work productivity, and healthcare.

Over 9.5 million urine drug tests were positive in the U.S. workforce in 2015. The rates increased to 4% of workers tested in 2015 versus 3.9% the year before, per Quest Diagnostics. The Department of Health and Human Services certifies laboratories who may conduct drug testing for federal agencies and specific federally regulated industries.

However, no biological assay is perfect. In 2010, at a meeting of the American Psychiatric Association, results were presented from a study that reviewed scientific articles on drug screening published between January 1980 and September 2009. One finding pegged the rate of false positives at 5-10%, and false negatives at 10% to 15% of cases. According to study author Dwight Smith, MD, eating as little as a teaspoon of poppy seeds—less than the amount on a poppy seed bagel—can produce false-positive results on tests for opioid abuse.

That poppy seeds can create false positives was confirmed again in 2015, although urine testing was affected far more than oral fluid testing. The topic of false positives in drug testing is covered in some detail in this Drugs.com posting.

There is also the matter of quality control within the drug testing lab. Even though this issue was first raised at the dawn of testing, misadventures, while rare these days, are still being reported. This recent communication details leakage of specimen containers and cross-contamination.

Andrew Easler of Easler Education Inc. believes that properly educating the lab personnel is key. That’s why he founded the well-regarded DrugTestingCourses.com. Here are some comments from Andrew:

“Drug testing collectors and breath alcohol technicians will fail without quality drug and alcohol testing training programs. These professionals are supposed to be trained as the sentinels charged with alerting communities, employers, and law enforcement to those among us who may suffer from chemical dependency problems. When this process breaks down because of a flaw in the training and education system, bad things can happen.”

“At best, if the drug or alcohol testing process fails, an individual who could have been identified and treated continues to suffer and potentially puts the community at risk. At worst, if the testing process fails such that someone under the influence not only goes untreated, but is then allowed to work in a safety-sensitive position—operating a truck, train, or aircraft, for example—the consequences can be dire.”