A Look At Hydration 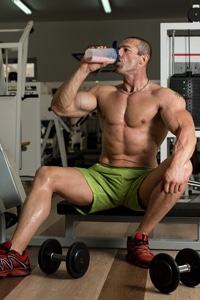 A Look At Hydration

The modern era of our reliance on experts was ushered in with the late, unlamented Benjamin Spock’s mega bestseller The Common Sense Book of Baby and Child Care, first published in 1946. The book’s unctuous opening line, “Trust yourself. You know more than you think you do,” along with his ridiculous recommendation of a vegan diet after age two (in the seventh edition) fit right in with the prototypical expert’s career progression. His Leftist politics, including being a notorious pro-abortion baby doctor, played well in the news media, and only improved his brand.

With the advent of the Internet, expert advice—often in video format—is available on every conceivable topic within seconds. The problem now is determining which “expert advice” is actually correct. Inasmuch as science these days is greatly affected by political correctness and manipulation of the bully pulpit, in a world where just about anything can get published in a journal, we exist in a paradox: The more experts there are, the more you must rely on yourself!

Which brings us to the subject of hydration. Before we get to the matter of how much water you should drink per day, let’s cover some basic physiology:

Then there is the matter of overhydration, simply defined as an excess of water in the body. This condition is quite rare in healthy individuals, occurring most often in those who have a disorder that decreases the body’s ability to excrete water or increases the body’s tendency to retain water. According to the Merck Manual, to exceed the body’s ability to excrete water, a young adult with normal kidney function would have to drink more than six gallons (22.7 liters) of water per day on a regular basis.

As the Merck Manual summarizes: To maintain water balance—and to protect against dehydration, the development of kidney stones, and other medical problems—healthy adults should drink at least 2 liters of fluids a day. Drinking too much is usually better than drinking too little, because excreting excess water is much easier for the body than conserving water. However, when the kidneys are functioning normally, the body can handle wide variations in fluid intake.

For those unable to keep track of their precise fluid intake, monitoring urine color (clear or pale yellow like straw is best; darker colors indicate dehydration) is a useful tool. Other metrics include the idea that you need one milliliter of water for every calorie you burn. Fitness addicts can burn 4000 calories per day or more, and should therefore drink at least four liters of water. Related to this is the notion of weighing yourself before and after exercise. For every pound (0.45 kg) lost, drink 0.5 liters of water. And, of course, hydrate as necessary during your workout.

This all seems simple enough, but watch out for the experts…

Since being contrary virtually guarantees media coverage, during the last few years, dozens of articles purporting to debunk the “eight glasses per day” mantra have appeared in both the popular media and elite scientific journals. Most of these articles cite a variety of studies, which claim—with some justification—that there is not much scientific evidence supporting arbitrary levels of daily fluid intake. Rather, as they used to say, “Your mileage may vary.” The implication, of course, is that you will require more expert advice to elucidate your particular situation.

A typical contrary piece is one from BMJ in 2011 by physician Margaret McCartney, entitled “Waterlogged?” Dr. McCartney goes after the Hydration for Health initiative, primarily because it is supported by a major player in the bottled water industry. She cites a number of other authorities who state—correctly—that there is not enough good science on hydration.

This sort of posturing may seem impressive, until one realizes that all science has to be paid for by some entity, and all entities have their own bias, including the government. Absent rare exceptions, there is never enough good science on any subject.

Perhaps we should just invoke old Benjy Spock on the matter of hydration: Trust yourself. You know more than you think you do.