A Look At Overdiagnosis 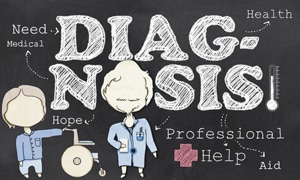 A Look At Overdiagnosis

The term “overdiagnosis” came into vogue in 2011, with the publication of best seller Overdiagnosed: Making People Sick in the Pursuit of Health, by MDs H. Gilbert Welch, Lisa Schwartz, and Steve Woloshin. As lead author Welch explains in his introduction: “While the term sounds like it means simply ‘excessive diagnosis,’ it actually has a more precise meaning. Overdiagnosis occurs when individuals are diagnosed with conditions that will never cause symptoms or death.”

Overdiagnosis matters because the health care system has no mechanism in place for distinguishing between a legitimate diagnosis and an overdiagnosis. As such, an overdiagnosed patient will likely get treated, but by definition can derive no benefit from the treatment. Since nearly all medical therapies carry some potential of harm, this patient can only be harmed.

Here is an oft-quoted passage from the book: “[I] believe that, ironically, pursuing health requires not paying too much attention to it. Dwelling on the disease we may develop in the future could become a real source of anxiety. It could lead us to seek too much medical care—which of course could lead to overdiagnosis.”

Prevalent examples of overdiagnosis include the lowering of risk-threshold levels for such conditions as hypertension and type 2 diabetes. Closely related are the comically overblown claims made for cholesterol reduction. How many millions of people are needlessly taking drugs for these phantom conditions and are enduring the side effects? Worse, how many of these side effects—notorious for statins—are explained away as “consequences of aging”?

As contrarian—even radical—as Welch’s book may seem, some lamented that he did not go far enough. A number of commentators praised Welch’s skewering of supposedly enhanced cancer survival statistics due to early screening. The book correctly points out that such stats are pumped up by lead-time bias, overdiagnosis, and extrapolation. However, they did criticize what he left out of the discussion: The more important parameter of overall survival (independent of the specific disease) is often unaffected by early screening.

Or, as cynics have expressed it: The most vital public health benefit that can possibly exist—to any disease trade association—is to not die of their disease.

Heightened awareness of overdiagnosis—driven by Welch’s book and others—has led to the establishment of an annual conference called “Preventing Overdiagnosis: Winding back the harms of too much medicine.” The third such meeting will take place in September on the NIH campus. Here are a few interesting findings from a previous conference…

One study explored the hazards of the overdiagnosis of breast cancer, focusing on quality of life and length of life. Results: Quality of life in a screened population is impaired as a result of an increased rate of mastectomy. For every 10,000 women invited for screening, 3 – 4 breast cancer deaths are avoided at the cost of 2.6 – 9.0 deaths from the long term toxicity of radiotherapy.

On the matter of endoscopic exams—a topic of much current interest—a study out of Japan concluded that asymptomatic patients accounted for 33.5% of all cases undergoing upper endoscopy.

A presentation boldly entitled “Our Drugs Kill Us” reminds us that studies from the United States, Norway, and the European Commission consistently show that drugs are the third leading cause of death after heart disease and cancer in rich countries. Among the conclusions: We have a drug disaster and we need a revolution. Drug testing should be a public enterprise; there should be no money between doctors and companies; drug marketing should be forbidden, as tobacco marketing is, as it is similarly lethal; trials should not be published in journals; all raw data must be free; and drug regulation needs a major overhaul.

Let’s close with a quote on worrying too much about health from Erwin Chargaff—DNA pioneer, and the guy who explained it all to Watson and Crick: “That living has become so difficult is peculiar, for even the experts manage to die in the simplest of ways.”