A Look At Rehab 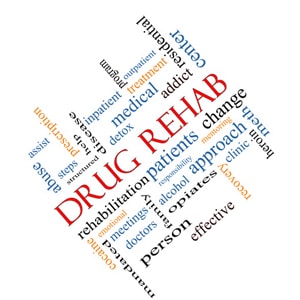 A Look At Rehab

“Rehab”—originally an abbreviation for “rehabilitation”—became accepted as a word in its own right in the 1940s. Even though the term can still refer to therapy addressing the effects of a physical injury, these days it usually implies a course of treatment for drug or alcohol dependence, typically at a residential facility. Most likely, this switch in meaning is linked to former first lady Betty Ford’s well-publicized alcohol dependence and diazepam addiction problems. The eponymous facility opened in 1982.

Much has been written on the etiology of drug abuse, but commentary from the late psychology professor William Steiner is especially interesting. He reminds us of the conflict between the traditional mores of an industrialized society, and the radical changes that have occurred in the last 50 years. Such mores hold that the only legitimate earthly rewards are those that have been earned through striving, hard work, personal sacrifice, and an overriding sense of duty to one’s country, the existing social order, and family.

Steiner suggests that a form of cultural lag is in play. As such, society in a state of rapid transition is experiencing instability with regard to prevailing views on drugs and drug use.

It is easy enough for society to condemn so-called “non-medicinal” users of illegal narcotics, but where does that leave those addicted to prescription drugs? At the time of Steiner’s essay, sedatives and tranquilizers accounted for around 15 percent of all doctors’ prescriptions, not to mention sundry OTC products, including alcoholic beverages.

As he put it: “One might conclude that there is a whole drug culture; that the problem is not confined to the young, the poor, the disadvantaged, or even to the criminal; that existing attitudes are at least inconsistent, possibly hypocritical. One always justifies one’s own drug use, but one tends to view the other fellow who uses the same drugs as an abuser who is weak and undesirable. It must be recognized that the social consensus in regard to drug use and abuse is limited, conflict ridden, and often glaringly inconsistent.”

Moving beyond the psychological and sociological underpinnings of drug abuse, and onto therapy, a good place to start is the National Institute on Drug Abuse (NIDA). One of NIDA’s many available resources is Principles of Drug Addiction Treatment: A Research-Based Guide (revised December 2012). Here are some of their key principles:

I was recently introduced to a rehab center in the heart of Hollywood, CA, once described as “[A] recovery gem tucked away in the midst of the hustle and bustle of the city.” This is La Fuente Hollywood Treatment Center. La Fuente was founded by Julliard-trained dancer Manny Rodriguez, who followed his personal road to wellness and discovered a calling to help others battling addiction. Before that, he developed several small businesses and served as a marketing executive for various companies, including a subsidiary of two major motion picture companies.

La Fuente’s approach—tailored to the individual—integrates clinical therapy and twelve step programming with progressive levels of care, ranging from 30 day residential treatment programs to short or long term sober living. Its curriculum also reflects the belief that an enduring recovery is strengthened with nutritional guidance, exercise, and opportunities for spiritual healing.

I’ll give Manny the last word…

“Recovery from drug and alcohol addiction requires a pragmatic and compassionate plan, where a treatment center is both in and of the city. That is, guests should be able to heal within a sanctuary, which is also part of the area where they live and work. La Fuente Hollywood Treatment Center makes that transition possible because of our customized approach, along with levels of care that allow for effective tracking of each person’s progress, while having access to the broader community throughout an entire course of treatment.”