Air Quality?—How About Inside the Plane?

Air Quality?—How About Inside the Plane? 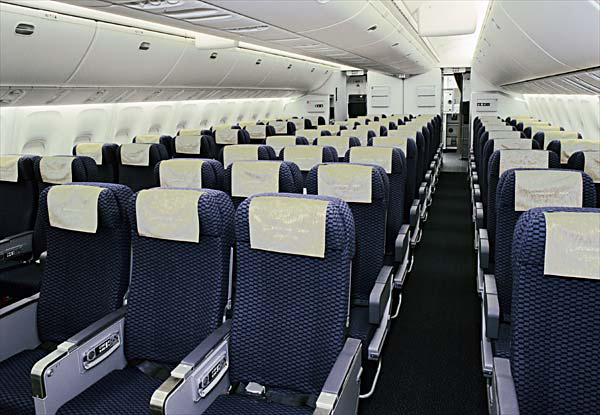 We have always been told that flying is the safest way to travel, and in terms of morbidity and mortality caused by an accident, this adage is true. However, there is a little more to the story…

Back in the era when smoking was still allowed on airplanes, the most frequent fliers—flight attendants—were lodging hundreds of complaints regarding the air quality in the passenger cabin. To be sure, it was at best an open secret that the number of air changes per minute were far lower than what would be allowed in ground-based occupancies. Faced with soaring energy costs in the 1970’s, even airliners were not immune to the “seal-it-up-tight-as-a-drum” hysteria that was to create the so-called Sick Building Syndrome.

But, few outside the aviation industry heard much about the problem, and the term “Sick Airplane Syndrome” did not exist, even if better than 70% of the air breathed by passengers and flight attendants was recirculated. Contrast this with the cockpit that featured much more fresh air intake. “We’ve had reports of headaches, nausea, fatigue and dizziness. We’ve had reports of heart failure in flight, fainting and breathing problems,” says Judith Murawski, an industrial hygienist with the Association of Flight Attendants (AFA) air safety and health department in Washington, D.C.

No doubt, the banning of smoking improved air quality, at least chemically, but at about this time, international travel would become far more common, adding a new variety of exotic pathogens to the mix, along with the usual cold and flu viruses. The SARS outbreak of a few years ago finally led to some recognition that hundreds of passengers all sharing essentially the same air for several hours is not a good thing. It doesn’t help that the airborne environment tends to be extremely dry, as well. Properly moist mucous membranes are essential to trap pathogens before they can get into the lungs and do greater damage.

As it happens, Hawaii—a long flight away from just about anywhere—has become a living laboratory for the effects of cabin air quality. Horror stories, including passengers being rushed to hospital upon arrival, and even some deaths of already immune-compromised passengers are far from unknown.

Understandably, in the wake of 9/11, security has become the overriding concern in commercial aviation, but that is no excuse to avoid cleaning up the flying environment, especially given our regulatory tendency to extreme overkill in just about all other aspects of human ecology. Yet, segmentation of all the regulation is itself part of the problem.

In theory, the Federal Aviation Administration (FAA) would be the agency of record here, although their concerns have always been more with safety. Even their Office of Environment and Energy is far more focused on how airplanes affect the external environment, rather than on the internal environment of the aircraft itself.

Were this same environment on the ground, make no mistake that the Occupational Safety and Health Administration (OSHA) and groups within the Centers for Disease Control (CDC) would be all over the problem. Indeed, OSHA does address various issues of the airline industry pertaining to ground-based employees.

At the moment, though, few politicians are willing to pick on the already struggling airline industry, so preventive measures are the best step that one can take. As always, hand washing is still a prime method of avoiding infection, and hydration—both by drinking water, and using a saline nasal spray—can help quite a bit.

For many of us, airline travel seems like more of an inconvenience than a luxury these days. Between cramped seating and bad air, and long lines, passengers are in for a quite a bumpy ride.