An Interesting Proposal From The Healthcare Trenches 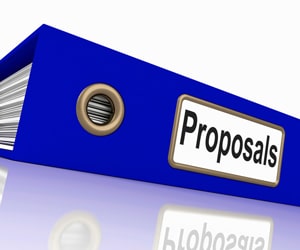 An Interesting Proposal From The Healthcare Trenches

This week, we feature a guest column from Steve Schuster, CEO of Innovative Anesthesia, with decades of experience in healthcare.

Reading the myriad of commentaries about healthcare, what is missing is a discussion of the central and core issue. What do the people want? Most surveys indicate overwhelmingly that people want healthcare services when they need it, at minimal out-of-pocket costs. While politicians are retreating to their corners hiding behind untenable ideology, commentators are debating the pros and cons of various versions proposed by Congress that avoid the core issue.

Let’s get one issue out of the way. There is no “market” for healthcare. People get sick, go the doctor and expect a way to get better, without worrying about prices or costs. All they want is to get better, and they have neither the time nor the ability to shop for the lowest cost or price. Couple this with the fact that most get health insurance from their employer and do not think they are spending their own money, one can readily see that a “market” does not exist.

There are other factors that influence the supposed “market.” But suffice it to say, people do not want a “market” or restricted system. They want to get well, and since our system has allowed that behavior for over 50 years, taking this away is probably a non-starter.

At the root of the healthcare debate is the continued rising costs of service and how we finance those costs. Taxes, subsidies, premiums, and the dominant position of healthcare as part of the gross domestic product have become impossible to balance. Without arguing about whether the ACA or the AHCA is better, I have a proposal which could satisfy both the left and the right. It is practical and avoids the core issues or whether healthcare is a “right” or “privilege.” It is a compromise that meets the people where they are on the issue.

Currently, half the country obtains health insurance from their employers. The cost of employer-based health insurance continues to rise. Unless your employer has a large pool of employees whose ages and needs preclude pre-existing conditions, premiums continue to increase significantly.

The small business market and the individual market do not have the numbers to avoid pre-existing conditions and a predominantly younger population; so those premiums tend to price this group out of affordable health insurance.

The rest of the country is covered by government programs—Medicare, Medicaid, and TRICARE. The premiums of those programs have risen, but at a slower rate, mostly because prices paid for services are fixed at significantly lower reimbursement than the commercial insurers. Medicaid currently devotes over 60% of its costs covering the elderly in nursing homes who have previously used up all their assets, and is not primarily everyday health care for the poor.

I would propose shifting where we pool the health insurance population:

1.     All people over the age of 50 or with pre-existing conditions shift to coverage under Medicare. This puts the highest risk people in a price-fixed system that could calculate premiums at a higher rate than the premiums the current over-65 pay. Subsidies could be paid on the basis of income. Commercial insurers could expand the existing supplemental market for those under 65 in this new group.

3.     Medicaid nursing home costs would be shifted to Medicare. As part of the Medicare tax and premium calculation, these costs would be paid for on a federal level rather than state level. This would allow the states to absorb needed services to the poor without federal grants.

This proposal begins to address the ideologies of the left and right. It institutes a system that could have endurance and address “slippery slope” arguments from conservatives, and ‘healthcare is a right” arguments from progressives.

Can this proposal gain political support? Follow the money.

My forty years of experience in healthcare tell me that we could finance this proposal through a combination of taxes, subsidies, and premiums that would be a good deal lower than what is being expended now. Simply shifting our highest risk people into a price-fixed system will allow us to bend the cost curve downward.

This starts moving toward what the people want and gives politicians some cover for their ideological positions (even if that is irrelevant in a non “market” environment). Any solution is a compromise that produces winners and losers but that is beside the point, if people get closer to what they want. After all, that is what representative government does.