An Unethical Clinical Trial, A Leading Journal, And The Sketchy Motives Of NGOs 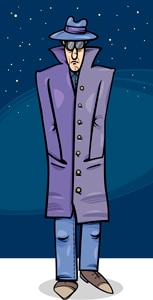 An Unethical Clinical Trial, A Leading Journal, And The Sketchy Motives Of NGOs

Two months ago, we posted a story describing how three healthcare-related non-governmental organizations (NGOs) are conspiring to undo hard-fought improvements in work rules, pertaining to surgical resident physicians. The NGOs in question are the American Board of Surgery, the American College of Surgeons, and the Accreditation Council for Graduate Medical Education (ACGME).

Leading the pack in this endeavor is ACGME, which just five years earlier did cut the number of allowable hours that these residents could put in. As it happens, the cut in hours was forced on the industry, based on outrageous violations in which the stated hours were over 100 per week, but it was commonplace—especially at “prestige” institutions—for the actual hours to be even greater. There were also cases of fatal, or near-fatal medical errors that were attributed to resident overwork and burnout.

The previous article discussed some flaws in the design of the so-called FIRST trial (Flexibility in Duty Hour Requirements for Surgical Trainees) as were revealed in depth by Public Citizen and the American Medical Student Association. Beyond these flaws—which are by no means trivial—the obvious intent of the study is to roll back the ACGME’s 2011 mandatory limits on physician resident work hours, which were adopted to protect both the residents and their patients from serious harm.

Notwithstanding the flaws in study design, on February 2nd, the work was published in the celebrated New England Journal of Medicine. Michael Carome, MD—Director, Public Citizen’s Health Research Group—immediately called out NEJM for violating its own longstanding policies for manuscripts reporting data from human subjects research. Incredibly, the brain trust behind FIRST, led by Karl Y. Bilimoria, MD/MS, of Northwestern University, maintained that no human subjects were involved in work that encompassed 4,330 surgical residents and 138,691 patients.

According to Carome, “The failures of the researchers to characterize their trial as one that involved human subjects research, to ensure that it had appropriate IRB [institutional review board] review and approval, and to obtain the informed consent of the trial subjects represented egregious ethical lapses. But equally alarming is the NEJM editors and reviewers’ inexplicable acceptance of the researchers’ assertion that their trial did not involve human subjects research, despite incontrovertible evidence to the contrary.”

We can ponder why NEJM would consider publishing such research—even if the study were properly designed, and ethically vetted through an IRB. After all, its “mission since 1812 has been to bring physicians the best research at the intersection of biomedical science and clinical practice.” Moreover, it publishes “only the top 5% of the 5,000 research submissions [it receives] each year.”

Thus, it is exceedingly difficult to understand how a study, which, at best, will help reinstate slave labor policies on behalf of hospitals, fits either of those precepts. It is also difficult to understand why surgeons, such as Dr. Bilimoria, would waste their time on such nonsense. Would it not be more appropriate for academic surgeons to…do research on improving surgery?

The “good intentions” part of all this stems from the fact that surgical residents are probably not getting enough hands-on training. That statement is superficially true, but is largely caused by ACGME’s insistence on certain “Core Competencies,” that may not all apply to surgeons, along with the crushing burdens of charting, administrative duties, and pointless seminars to attend.

And, it must be said that academic surgeons do enjoy having the residents on hand to perform the majority of the grunt work.

While it is all too typical these days for resources to be available to endlessly study a problem rather than solve it, three suggestions come to mind straightaway:

1.     Emulate other countries and increase the term of residency, allowing fewer hours per week.

3.     Be more judicious on the Core Competencies, and recognize that certain “nicey-nice” provisions need not apply to surgeons. At the end of the day, most patients would prefer a skilled surgeon to one with a scintillating personality and bedside manner, or even to one who is loved by his peers.