Another Look At Vitamin D

Another Look At Vitamin D 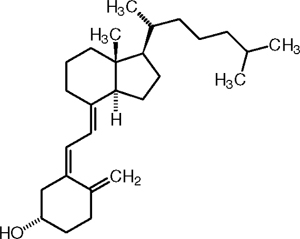 In June, 2008, this column ran a follow-up to its initial 2007 article on the newfound wonders of Vitamin D, beyond the well-known bone health aspects. As many parts of the world are now returning to standard time, and as the number of daylight hours in the Northern hemisphere continues to diminish—all the way to the solstice—it seems appropriate to revisit the Sunshine Vitamin.

Some authorities would prefer that it not be called a vitamin at all, since rigorously, a vitamin is “an organic substance present in minute amounts in natural foodstuffs, that is essential in normal metabolism.” As it is quite possible, at least in sunny climes, to obtain sufficient amounts of Vitamin D via sun exposure, it would not qualify as “essential” to the diet. Of course, sun exposure is not without its own risks, and will not work for a large portion of the population.

Technically, vitamin D is really a group of fat-soluble secosteroids, that act as prohormones (substances that are precursors to hormones).

When sunshine in the UV-B spectrum strikes the skin, it converts a dermatological chemical called 7-dehydrocholesterol into vitamin D3 (Cholecalciferol), the form recommended by nearly all experts. Interestingly, 7-dehydrocholesterol is very closely related to the curiously demonized yet essential biochemical cholesterol. It is felt by many researchers that statin drugs will inhibit the synthesis of vitamin D. Moreover, there is some data suggesting that Vitamin D supplementation may improve HDL (good) cholesterol levels.

The richest food source of Vitamin D is cod liver oil, and cold water fish in general are also good sources. However, based on new guidelines that suggest an intake of 2000 or more International Units (IU) of Vitamin D per day, achieving such levels via diet alone is nearly impossible. Thus, supplementation will be necessary for most people.

Here are some recent findings regarding Vitamin D:

Those with higher vitamin D blood levels at time of cancer diagnosis had nearly twice the survival rate of those with the lowest levels.

The risk of the common cold and influenza was studied in postmenopausal African-American women living in New York. The group taking 2000 IU/day of vitamin D3 had a 90% reduction in either disorder. Those taking 800 IU/day had a 60% reduction. This is a classic dose-response finding.

As mentioned earlier, supplementation is the easiest and most practical way to get your Vitamin D. Garrett Green, CEO of SmartCeuticals, introduced me to Smart D—the company’s proprietary solution for the effective daily delivery of Vitamin D.. As he explained it, Smart D™ is a 2 ounce (59 mL), flavored Vitamin D shot that you drink every other day, which contains a special absorption formula and important co-factors for the vitamin. He proved that Vitamin D works—on himself…

Most of us in the Buffalo, NY area are familiar with seasonal affective disorder (SAD), even if we don’t always admit that it occurs. Every year, going back to when I was 12 years old I would get an annual case of bronchitis, coupled with the SAD. This was happening at the same time every single year.

Eventually, I became interested in vitamin D, and as we were developing Smart D, I was the main guinea pig. For the past two years, I have not experienced my typical seasonal bronchitis. I believe this is because of our product, as well as my increased awareness of the importance of vitamin D.

Proceeds from each bottle of Smart D™ are donated to Roswell Park Cancer Institute.

There are numerous studies, both complete and ongoing, examining various health benefits of vitamin D. As with many studies on supplements, earlier efforts tended to employ low dosages, and thus obtained mixed results. This particular fault is being corrected, and we look forward to exciting new findings on vitamin D.