Another Misguided Attack On Phthalates

Another Misguided Attack On Phthalates 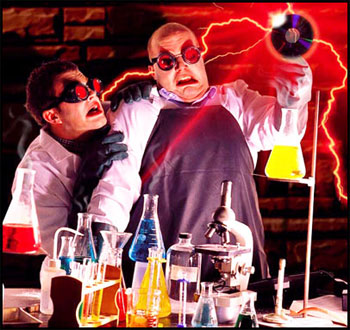 In yet another episode of “I can’t figure out a legitimate research project, so I’ll pick on phthalates,” a group from Germany has concluded, based on minimal data and a host of confounding factors, that infusion systems containing the phthalate DEHP increase the risk for a certain liver disease in neonates.

This work appears in the August, 2009 issue of Pediatrics (von Rettberg et al.).

Let’s start off by quoting from the article:

The etiology and pathogenesis of total parenteral nutrition-associated cholestasis (TPNAC), the hepatobiliary dysfunction in children during parenteral nutrition, is not yet fully understood. Many theories have been proposed to explain the causes of this serious disease.

TPNAC is especially frequent in pre-term infants and neonates who require intensive care medicine. Many previous studies have shown birth weight, low gestational age, long duration of total parenteral nutrition, and the number of surgical interventions, as well as systemic infections, to be risk factors for the development of cholestasis.

Here, then, is a disease which is not well understood, and there are at least five other risk factors in play. Yet our intrepid team thinks that exposure to phthalates could be the key. Whatever gave them that idea?

The paper cites a few references as supposed inspirations, but perhaps the authors did not read them too carefully:

In support of their statement “preterm infants and neonates are susceptible to significant cholestasis from toxic injury,” they cite a review article from the April, 2004 issue of Pediatrics (Piñerior-Carrero et al.). However, this work mentions “phthalate” once, and this referred only to rodent studies, as drawn from a textbook published in 1998.

It is worth noting that virtually all attempts to match rodent responses to phthalates (typically at high doses) to what happens in human exposure to these compounds have failed.

The authors contend that “DEHP is a substance that can lead to an increase in oxidative stress and toxicity, especially in preterm infants and neonates who receive intensive care.”

In support of this they cite a 2004 rodent study, and another article in Pediatrics. While the Pediatrics work does deal with humans, it most certainly does not conclude anything regarding oxidative stress and toxicity. Rather, it does confirm that newborns who undergo intensive therapeutic medical interventions are exposed to higher concentrations of DEHP than the general population.

Inasmuch as these neonates are connected to any number of DEHP-softened tubes, this is hardly surprising. In fairness, the same reference calls for more research into potential health effects, but does not posit or prove any. Need I point out that mere exposure to a chemical is not— by itself—necessarily harmful? Most of us are exposed to toxic and combustible gasoline all the time, yet we are here to tell the tale.

Enough of the preamble. Let’s look at the results.

76 patients were studied, 30 of whom utilized DEHP-containing tubing, and 46 of whom used DEHP-free products. The touted finding is that 50% of the former group contracted TPNAC, compared to 13% of the latter group. However, one of the confounding factors mentioned above—long duration of total parenteral nutrition (TPN)—was very much in play!

The authors reveal that the DEHP group was fed intravenously four days longer than the free group (26 versus 22 days on average), and also received 11 units of transfusion more than the DEHP patients. They themselves admit that these two differences are “statistically significant.”

Despite the severe methodological limitations, including a self-identified “wide limits of confidence” in a portion of their statistical modeling, the authors boldly conclude that:

I would characterize the results a bit differently. The authors decided to jump on the anti-phthalates bandwagon, and have drastically overreached in their conclusions. The fact that the DEHP group was on TPN four days longer than the free group would all by itself seem to invalidate their findings.

Sadly, though, this latest effort is little different from the sort of anti-phthalate “science” we have seen in the past.

An analogy can be drawn to the movie industry. Some years ago, critics were complaining that many films appeared to be oddly similar, as if they were based on some sort of template. It was suggested that this template was derived from the teachings of screenwriting guru Syd Field. The writers of the scripts in question, or more often their agents, would respond to the critics by saying that the scripts were successful—by definition—in that the movie got produced and released, and the writer earned a large fee.

In the case of scientific papers, such as the one discussed in this article, a critic like me can complain that the work contained too many flaws to be published in its current form—especially in a prestigious journal. The authors, and the academic institutions behind them, could respond that the paper got published, and nothing else matters.

That academic science can be so readily compared to entertainment is not a comforting thought.