Another Stake Through The Heart Of Phthalate Fears

Another Stake Through The Heart Of Phthalate Fears 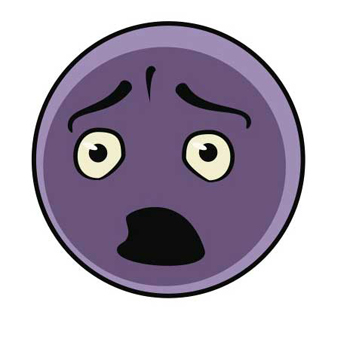 Phthalates (actually, phthalate esters) are a family of compounds primarily utilized to impart flexibility and resilience to plastic products. Perhaps the most important phthalate is Diethylhexyl phthalate (DEHP). DEHP is found in polyvinyl chloride (PVC), as applied to building products, car products, clothing, food packaging, children’s products, and in medical devices (storage containers, bags, and flexible tubing). It is noted that DEHP revolutionized the task of storing and delivering whole blood to the military and to patients in need of transfusions.

Some good news has just come out about phthalates, but let’s delve into a bit of history first.

Interest in studying the possible deleterious effects of phthalates—and many other compounds—was heightened in light of the so-called Wingspread Consensus Statement, issued in January, 1998. This statement was the highlight of a three-day conference in which a multidisciplinary group of scientists met to discuss the impact of many chemicals (man-made and otherwise) on wildlife populations as well as on humans.

“Wingspread” comes from the name of the conference center, which hosted the meeting, in Racine, Wisconsin.

The most widely accepted definition of the term “endocrine disruptor” came out of a 1996 European workshop, held in the beach town of Weymouth, England:  “An endocrine disruptor is an exogenous substance that causes adverse health effects in an intact organism, or its progeny, secondary to changes in endocrine function.”

Based on the ready availability of research funding (EPA’s Office of Research and Development alone has spent approximately $80 million on endocrine research since 1999) thousands of studies related to endocrine disruptors (ED) have appeared in the last ten years. And, owing to the relatively recent concept of science by press release, certain sensationalistic findings were touted by an over-eager mainstream media, and fast-tracked into government policy.

For example, many scientists argued that the high dosages of ED compounds used in lab studies were not representative of environmental levels, and thus violated the basic concept “The dose makes the poison.” ED proponents posited that a synergistic effect (the whole being greater than the sum of its parts) based on numerous ED compounds in the environment would make low doses far more significant. Thus, ED synergism became their holy grail.

In 1996, Arnold et al. published a paper in Science entitled “Synergistic activation of estrogen receptor with combinations of environmental chemicals,” that seemed to prove this concept, and was a big factor behind the Food Quality Protection Act of 1996. Stirring the pot was millions of dollars from the W. Alton Jones Foundation, which helped promote the book Our Stolen Future: Are We Threatening Our Fertility, Intelligence, and Survival?, an early advocate of Endocrine Disruptor Armageddon.

Steven Arnold’s findings were surely dramatic. His work proclaimed that certain environmental chemicals that have a weak estrogenic activity when acting alone were up to 1,000 times more potent in mimicking estrogen when tested in combination.

However, there was one little problem with his results. No one else could replicate them. He was staunchly defended at first by the paper’s senior author John McLachlan, but by August 1997, the paper was retracted.

According to U.S. Department of Health and Human Services’ Office of Research Integrity, Arnold intentionally falsified the research results reported in the Science paper, and later provided falsified and fabricated materials to investigating officials. Arnold entered into a voluntary agreement with the U.S. Public Health Service in which he agreed to exclude himself, for a period of five years, from involvement in any government research. During discussions about the agreement, Arnold conceded that there were no original data or other corroborating evidence to support the conclusions reported in the Science paper.

Based on the Arnold travesty and other related scientific miscues, which seem to plague this area of research, the International Union of Pure and Applied Chemistry stated in a November, 2002 symposium…

Failures in the past to provide full and complete data sets for scientific expert panel analysis cannot be perpetuated, because such actions impact the integrity and credibility of the research. Furthermore, the risk management implications of low dose effects are potentially substantial and warrant careful scientific replication. Although the human and ecological consequences of ED may not be as universal as some have feared, there are sufficient examples and biological plausibility to leave little basis for complacency in the research community.

Of course, the Food Quality Protection Act of 1996, and untold billions spent in questionable testing and regulatory activity are still with us.

Getting back to phthalates, researcher Robert Benson—in a breakthrough study published in Regulatory Toxicology and Pharmacology—examined animal data and reconciled that with human exposure figures, to come up with a true human risk assessment. That is, he looked at human exposure (in the US and Germany) to all the phthalates that have been implicated in bad rodent effects to see how this stacks up with EPA guidelines—replete with their enormous built-in safety factors.

A Hazard Index of less than 1 means that there is little probability that an adverse effect might be observed from the exposure to the chemicals. As can be seen from the results…the Hazard Index for the median, 95 percentile, and maximum exposed individual are equal to or less than 1. Thus, it is unlikely that humans are suffering adverse developmental effects from current environmental exposure to these phthalate esters.

Given that phthalates have been used for decades with no apparent ill effects on a cohort of hundreds of millions of humans, mere observation might have brought us to the same point. That’s why many scientists mock endocrine disruptor fears as a conclusion in search of data.