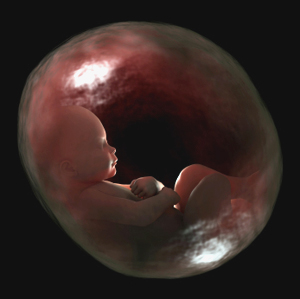 While this subject is by no means a new one, the resurgence of TV commercials touting the relevant expertise of various plaintiff’s attorneys inspired this article.

Ever since the Thalidomide catastrophe of the late 1950s, whereby a sedative drug used during pregnancy for morning sickness—largely in Europe—produced thousands of birth defects, the entire notion of taking drugs during pregnancy was considered beyond the pale for most women. At the time of its introduction into the marketplace, it was assumed (based on what, no one can say) that the placenta provided an effective barrier to exogenous substances. Some accounts suggest that even a single dose of Thalidomide was enough to cause significant damage.

Please note that unlike many statistically-tweaked “risk factor” studies of the present day, the cause and effect data on Thalidomide and the developing fetus is unassailable.

Our FDA gained many accolades for not approving the drug, but since millions of physician’s samples were available in the US anyway, the actual number of children affected here will never be known. Suffice to say, after 1961, pregnant women were loathe to take any sort of medication—including aspirin.

It is unclear when and why this rational fear began to subside. Perhaps it came as a consequence of the overmedication of the American public. After all, back in the day, pregnant women were usually young, and most young people then did not routinely take pharmaceutical drugs. Likewise, a medical diagnosis of depression was far less common, and drugs were not advertised on television.

As to linking antidepressant drugs to birth defects, the landmark case is Kilker v. SmithKline Beecham Corp. dba GlaxoSmithKline, 2007-001813, Court of Common Pleas, Philadelphia County, Pennsylvania. On October 13, 2009, the jury found for the plaintiffs, concluding that Glaxo failed to properly warn doctors and pregnant users of Paxil’s risk and ordered the company to pay $2.5 million to the family of Lyam Kilker—born with severe heart problems—whose mother took Paxil during her pregnancy.

The case was presented as a classical “failure to warn,” a charge which has some credibility. Still, one wonders what sort of doctor would prescribe a powerful drug to a pregnant woman? It is difficult to imagine any doctor not discussing the generic risks (even if specific risks were unknown at the time) of taking drugs while pregnant.

Of course, we must also view this matter in the context of drugs now being prescribed with great alacrity—especially by psychiatrists—against a backdrop of depression likely being overdiagnosed.

Not surprisingly, hundreds more related cases would appear, and GlaxoSmithKline announced legal charges of approximately $2.4 billion for the second quarter of 2010. The company did settle more than 100 Paxil birth defect lawsuits in June 2010. Litigation against other SSRI drugs would also emerge.

Pregnant women searching for advice on whether or not to take such drugs during pregnancy are not helped very much by the conventional wisdom: Paxil is a definite baddie, but all the others can be considered, since the risks of birth defects is so low. In other words, the benefits—they say—outweigh the risks. Non-pharmaceutical therapies for depression are apparently not even in the mix.

Note, though, that these benefits are based on the idea that a depressed woman would neglect proper prenatal care, as well as her own health, and may turn to illegal drugs, smoking, and alcohol instead—which might be harmful to the fetus.

So, let’s see. The conventional wisdom is that she should take a pharmaceutical drug, which may have risks, to avoid other chemicals, which also have risk. And you wonder why we have a health care crisis.