Asphalt:  Paving The Way, While Respecting The Environment

Asphalt:  Paving The Way, While Respecting The Environment 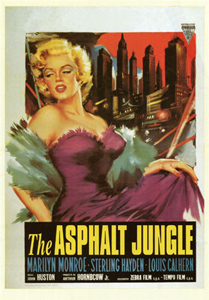 As millions of Americans embark on the summer travel season, they will see—and traverse—one of the most enduring signs of civilization: roads. For roadways are the very arteries that link villages, cities, farms, factories, and all the other sundry markings of modern life. But the actual material responsible for this network is the true source of our collective experience on nearly every highway, freeway, turnpike, and street that covers the United States. And that is asphalt.

Indeed, asphalt is a symbol of a nation’s modernity—its separation from poverty or Third World status—and the vitality of its transportation system. Laura Ingalls Wilder, the famed author of Little House on the Prairie, tells of her first encounter with asphalt pavement:

“In the very midst of the city, the ground was covered by some dark stuff that silenced all the wheels and muffled the sound of hoofs. It was like tar, but Papa was sure it was not tar, and it was something like rubber, but it could not be rubber because rubber cost too much. We saw ladies all in silks and carrying ruffled parasols, walking with their escorts across the street. Their heels dented the street, and while we watched, these dents slowly filled up and smoothed themselves out. It was as if that stuff were alive. It was like magic.”

This material—in incarnations variously referred to as hot mix asphalt, blacktop, tarmac, macadam, plant mix, asphalt concrete, or bituminous concrete—was originally taken from natural sources, but as these sources declined, most is now produced from petroleum.

It is believed that the first use of asphalt dates back to around 2500 BC, where it was employed as a water sealant between the brick walls of a reservoir, at Mohenjo-Daro, in present day Pakistan. The first proven use of the material in road building was in Babylon circa 625 B.C., during the reign of King Naboppolassar.

Energized by the need for stronger runways for military aircraft, asphalt technology leaped forward during World War II. The postwar boom in suburban development made road building a major industry, and in 1956, Congress passed the State Highway Act, directing $51 billion to the states for road construction.

Five years earlier, the New Jersey Turnpike was built—with asphalt—and has never had a failure in the pavement structure. The chief engineer expects it to last another 50 years. Durability and low maintenance are bywords.

On the environmental side, asphalt plants may not have been too pretty in the 1950s, but by the mid-1960s, the industry had really jumped on the clean air bandwagon.

“When I first started, state-of-the-art was a batch plant that was dirty, that you could usually see three miles away,” notes Don Brock, chairman of Astec Industries, Chattanooga, Tennessee. “We’ve gradually progressed from there to cleaning them up with wet washers and baghouses to being invisible today. Today, we need to build a plant that you can’t see, you can’t hear, and you can’t smell.”

What’s more, with 70 million metric tons of the stuff being recycled each year, asphalt is America’s most recycled resource.

The industry continues to benefit from improvements in design and production. Since the mid-1980s, new advanced pavement materials have come on the scene, including Open Graded Friction Course (OGFC), Superpave, and Stone Matrix Asphalt (SMA). Likewise, better control systems put on asphalt pavers—especially those manufactured since 1997—have improved conditions for workers at the paving site.

Few building materials can match asphalt’s history, versatility, and constant improvement. The next time you hit the road, reflect for a moment on this powerful symbol of our ongoing advancement as a society. Happy motoring!