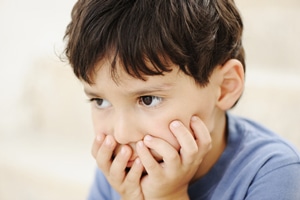 It was Nobel laureate T.S. Eliot who called April the cruellest month; and that was 80-odd years before it became Autism Awareness Month. No doubt, our awareness of the condition has increased—dramatically—in light of the CDC’s estimate that autism affects 1 in 68 kids. Compare that figure to the one proffered in 1956 by the brilliant Dr. Leo Kanner, founder of child psychiatry. Kanner pegged it at 1-2 in 10,000.

Considering that Kanner first identified the disorder in 1943, I’d say he knew a thing or two about autism. Three of Kanner’s key diagnostic criteria were:

2.     Repetitive, ritualistic behavior, which must be of an elaborate kind

3.     A fascination for objects, which are handled with skill in fine motor movements

As such, Kanner, who died in 1981, would be astonished at not only the 70-fold increase in the condition, but he would also be bewildered seeing so many affectionate “autistic” kids who have lost fine or gross motor skills. Moreover, he would likely be repelled by the line extension, whereby there is now a so-called “spectrum” of symptoms and severity of symptoms, such that Bill Gates, Jerry Seinfeld, and Mark Zuckerberg have been put “on the spectrum” by some commentators.

Full marks to readers who identify a disturbing parallel in the expansion of autism with the expansion of diabetes. Type 2 diabetes retained the symptom of hyperglycemia, while ignoring that this new embodiment of the disease is not critically life-threatening, and can often be reversed with weight loss. Likewise, a “spectrum” was created with “prediabetes.” And, oh yeah, people are aware of diabetes.

Maybe you noticed, though, that with all this awareness (and revenue generation), not too many folks are getting cured, are they? Which brings us to another aspect of conventional wisdom in healthcare.

In this case, the conventional wisdom insists on classifying today’s autism as a psychological or developmental disorder, despite the fact that our current epidemic—as it is frequently called—of the condition is unprecedented for any developmental disorder in history. Really now, did the human genome change that much since 1943? On the other hand, epidemics of medical diseases are of course well known. Besides, such epidemics eventually subside, and some people are cured along the way.

As Goldberg explains to parents of these kids:

“The current standard of care coupled with the profound lack of medical curiosity, especially in the pediatric community, is to dismiss the ‘mystery’ of these children with the label of ‘Autistic Spectrum Disorder.’ Your children are condemned to dysfunction the rest of their lives, with NO objective evidence to support that label. For all of your children’s future, this must stop now.”

He cites a recent case study at an anonymous children’s hospital, involving Dr. X, a celebrated pediatric neurologist, on staff at the associated prominent medical school. According to Dr. X, “In summary, Barbara is a 3-year-7 month-old girl with static, neurological impairment, manifesting mild hypotonia (abnormally low muscle tone) and an autism spectrum disorder, functioning in the mid to high functioning range.”

In Dr. Kanner’s day, “autism” was (and still should be) a diagnostic finding of exclusion, particularly when there was no other evidence explainable by an underlying medical disorder. By all rights, that exclusion should remove the psychiatric label of “autism,” and place this child’s diagnosis and treatment squarely in the hands of medical researchers and physicians. The presence of neurological impairments and hypotonia is incompatible with the notion of Autism Spectrum Disorder.

That this professor is not allowed under the current medical system, or has chosen not to exclude autism in a child with an underlying version of complex medical encephalopathy, has become a crime for this family and all of you [kids labeled “autistic” and their parents].

Goldberg offers Stories of Hope, based on his own patients.

We’ll give the last word to T.S. Eliot: “Half of the harm that is done in this world is due to people who want to feel important. They don’t mean to do harm—but the harm does not interest them. Or they do not see it, or they justify it because they are absorbed in the endless struggle to think well of themselves.”