Be A Man…Unless It Hurts Your Feelings 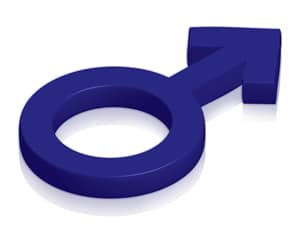 Be A Man…Unless It Hurts Your Feelings

There has been plenty of reaction to the American Psychological Association’s new “Guidelines for Psychological Practice with Boys and Men.” I’m sure the organization expected as much, given the inflammatory PR rhetoric. To wit…

“The main thrust of the subsequent research is that traditional masculinity—marked by stoicism, competitiveness, dominance and aggression—is, on the whole, harmful.”

“[T]he masculine requirement to remain stoic and provide for loved ones can interact with systemic racism and lead to so-called John Henryism for African-American men, a high-effort method of coping that involves striving hard in the face of prolonged stress and discrimination. John Henryism has been linked with hypertension and depression.”

“What is gender in the 2010s?” asks Ryon McDermott, PhD, a psychologist at the University of South Alabama who helped draft the men’s guidelines. “It’s no longer just this male-female binary.”

Let’s examine these contentions in order…

1.      It takes a supernatural level of conceit to dismiss “traditional masculinity,” surely a pillar of civilization in virtually all cultures, by examining research that goes back a few decades. Besides, as has been demonstrated so elegantly by John Ioannidis, most published research findings are false. This column has also covered the deterioration of science.

Sadly, the public has little idea how awful published science has become. For example, a widely touted article from October, 2014 concluded that “High milk intake was associated with higher mortality in one cohort of women and in another cohort of men, and with higher fracture incidence in women.” What was not touted, though, was the rest of the paragraph:

“Given the observational study designs with the inherent possibility of residual confounding and reverse causation phenomena, a cautious interpretation of the results is recommended.” In fact, there are massive problems with the study. The idea that it is perfectly fine to publish a garbage study, as long as there is a disclaimer, is ludicrous. Who needs research that cannot be applied, other than by the grant recipient?

2.     The “John Henryism” concept has appeared in the psychological literature for some time. However, the reference provided for the hypertension effect, quite lazily, points to a review article, that, fair enough, does contain the actual source. This sort of sloppy scholarship is astonishing since the composition of the Guidelines took 13 years, and had many participants (see Acknowledgments in Guidelines). Moreover, when hypertension is mentioned—fleetingly—in the Guidelines, the sources mentioned in the PR document are not even used. This is a bizarre disconnect.

3.     As to McDermott’s comments, if there is “more than just this male-female binary,” why does the APA only have Guidelines For The Psychological Practice with…Girls and Women, and Boys and Men? Still, this expanded notion of “gender” informs the entire set of Guidelines. One wonders how McDermott would treat a five-year-old boy who thinks he is a girl.

Not surprisingly, all ten Guidelines are awash in the lexicon of social justice activism. As Tammy Bruce put it…

“It’s political theory. It has nothing to do with science and it’s also bigotry, right? There’s a suggestion that masculinity, and that would mean all men because you’re dealing with the issue of testosterone, the nature of what it is to be male, are prone to violence or homophobia or sexual violence or sexual harassment. Women [are involved in] those things as well.”

“Let me tell you the things that they’re complaining about, if we didn’t have men’s courage and aggressiveness and focus and determination, we would be living in caves right now. So, you have the modern world [which] is the result of the male framework of wanting to move forward and create things.”

The Introduction to the Guidelines states: “These guidelines serve to (a) improve service delivery among populations, (b) stimulate public policy initiatives, and (c) provide professional guidance based on advances in the field.” Funny how they left out anything about improving mental health. Freudian slip?