Behind The Scenes In Infection Control

Behind The Scenes In Infection Control 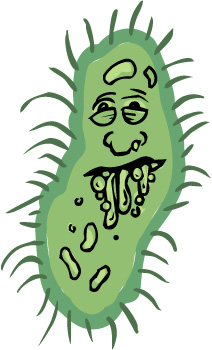 According to the Centers for Disease Control and Prevention (CDC):

Health care associated infections (HAI) are infections that patients acquire during the course of receiving treatment for other conditions or that health care workers acquire while performing their duties within a health care setting. In hospitals alone, HAIs account for an estimated 2 million infections, 90,000 deaths, and $4.5 billion in excess health care costs annually.

If that were not bad enough, more than 70% of the bacteria that cause these infections are resistant to at least one of the drugs most commonly used to treat them. If you are unlucky enough to become infected with a drug-resistant pathogen, you are more likely to have a longer hospital stay. Moreover, therapy involving second or third choice drugs will often be less effective, more toxic, and probably more expensive.

Thus, preventing these infections in the first place—Infection Control—is a very big deal indeed. Would that it were even a bigger deal…

Unfortunately, many factors work against an ideal infection control environment, not the least of which are the misguided actions of various governmental agencies and so-called “Non-Governmental Organizations” or NGOs. NGOs will promulgate thousands of consensus standards, that may not have the direct force of law behind them, but are supposed to represent best practices.

Readers of this column may recall the tragic deaths of two preemies in Los Angeles in late 2006. The babies died from a devastating HAI, but the tragedy was compounded since the medical instrument that transmitted the infection was very likely treated in accordance with the best practices as established by a particular NGO—the Association of Perioperative Registered Nurses (AORN).

In reaction to the deaths, the state of California issued recommendations for reprocessing of rigid laryngoscopes that are more rigorous than AORN’s, and are, frankly, more in keeping with true “best practices” in infection control. Too bad that the other 89,998 didn’t have such an immediate impact.

On another front, it appears that the tide may be turning for ethylene oxide (EtO), a widely employed sterilant, used on many medical devices that cannot take the heat of steam.

Before the advent of occupational health legislation, many chemicals including EtO were not handled as prudently as they should have been, and worker overexposure absolutely did occur. Such exposure was blamed for a variety of illnesses, and billions of dollars in settlements were paid. In hospital settings, a fear of EtO developed.

The good news is that after 1980, exposures dropped significantly. As it happens, epidemiological data on EtO—post-1980—shows essentially no difference in morbidity and mortality for those exposed to the chemical, compared to those not exposed.

However, the fear factor remains, and EtO is disappearing from many hospitals. In most cases, the devices are sent out to be sterilized, and highly touted, if not exactly equivalent “EtO alternatives” have become almost a de facto standard in hundreds of hospitals. It should be noted that many are not convinced of the efficacy of these alternatives.

Caught up in the anti-EtO frenzy is the US EPA, which issued its draft “Evaluation of the Carcinogenicity of Ethylene Oxide” in January, 2007. The draft was attacked by nearly everyone outside the Agency, including its own Science Advisory Board.

Stung by this bruising rejection, EPA has to adjust some of the findings, and has contracted the services of the esteemed Dr. Kyle Steenland, Professor of Environmental and Occupational Health at Emory University, Atlanta, Georgia. Steenland takes a far less alarmist view of the chemical than does EPA, and may halt the mad rush against EtO.

Finally, the activities of one other NGO are worthy of discussion. The Association for the Advancement of Medical Instrumentation (AAMI) puts forth a great number of standards, and has dozens of active committees, working on ever more of them.

One of these, currently in draft form, is entitled “Water for the Reprocessing of Medical Devices,” and addresses important issues of water quality involved in high level disinfection and sterilization of instruments. Astonishingly, a key element of the standard has been purposely left out.

While the document details various procedures and recommends best practices for rinse water, and the water used for cleaning the devices before they are put into the sterilization/disinfection unit (called the automated endoscope reprocessor or AER), it is strangely silent on the quality of the water used in the AER itself.

Since what goes on in the AER is the most important and last step, failure to address the water here can hardly be an oversight, and sadly, must represent the undue influence of a particular manufacturer.

It seems to me that we should expect far better of AAMI and other non-governmental organizations in these matters of infection control.