Betraying Its Once-Proud Legacy: CARB Enters The Theater Of The Absurd With Its “Cool Cars” Regulations

Betraying Its Once-Proud Legacy:  CARB Enters The Theater Of The Absurd With Its “Cool Cars” Regulations 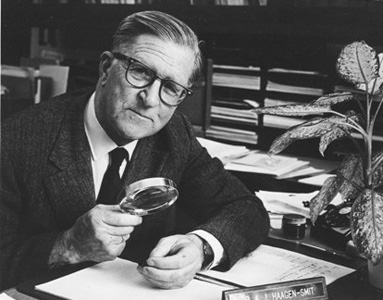 Only in California. The former golden land has turned into a bankrupt state, where tax authorities have just sneaked in a 10% increase in withholding, giving them a neat interest-free loan until next April. Numerous actual tax increases have also been imposed this year.

Still, the state controller recently noted that revenue in the budget year had already fallen more than $1 billion short of assumptions. Outsize deficits are projected for years to come. Surely, strong action is required, right? It’s time for the State to focus on fixing its big problems.

Maybe that’s why the formerly highly-respected California Air Resources Board has proposed to reduce carbon emissions by requiring that all cars and light trucks sold in the state after 2012 use special metallic reflective window glazing. The idea is that drivers would have to use less air conditioning, thus producing lower carbon emissions. Not surprisingly, there are several problems with this simplistic idea, not the least of which is that when Toyota used similar reflective glass in Japan from 1989-94, it dropped the idea because of problems with radio wave devices.

Earlier proposals apparently called for a de facto ban on cars painted black, which was first denounced as an “unfounded rumor,” by Board Chairwoman Mary Nichols. However, this rumor had enough truth to be specifically acknowledged, when on March 30, the Board released a statement that it is “by no means interested in banning or restricting car colors.”

As to the reflective window glazing, many concerns have been raised…

In a Sept. 22 letter, Garmin International Inc., the California Manufacturers and Technology Association, and the International Bridge, Tunnel and Turnpike Association warned that “more time was needed to assess the impact” of the rules. It was noted that ankle bracelets for parolees, along with cell phone calls and laptops, “may be adversely affected by the metallic reflective standard” because the signals “must be able to penetrate the glazing in vehicles.”

Bear in mind that because of California’s economic woes, many violent offenders were given early release, and are monitored by ankle bracelets.

Garmin’s initial testing found that the signals from GPS devices were degraded. Destroying GPS capability could lead to increased emissions that more than counteract the reduced use of air conditioning. An industry study this year showed that drivers using GPS reduce carbon emissions by 24 percent, by virtue of taking shorter routes and not getting lost. That’s ten times the expected benefit from the CARB proposal.

Major automakers, led by the Alliance of Automobile Manufacturers and Association of International Automobile Manufacturers, argued for a different standard that would absorb rather than reflect energy and wouldn’t affect wireless signals. According to spokesman Steve Douglas, such an approach “achieves about 85 percent of the benefit at about 10 percent of the cost, and it doesn’t have any of the complications of reflective glazings.” Douglas agrees that the proposed CARB standard would lead to “more dropped calls,” and points out that sunroofs would have to be “effectively black,” and thus effectively eliminated—along with convertibles, perhaps.

If a motorist whose vehicle is equipped with an emergency radio locator device, such as GM’s OnStar system, and whose windows have been coated with the CARB-mandated “cool” coating is in an accident, and their system will not transmit an emergency signal or sends one with erroneous locator data because of interference caused by the window glazing, who will be liable? If a car or truck owner spends money to enjoy satellite radio, but then is unable to properly receive the program signals, what are they to do? Are they expected simply to “suck it up” because this is the “price they pay” for arguably lessened greenhouse gases?

And what about state and federal law enforcement? Will officers accept the fact that tracking devices installed on vehicles (either by law enforcement themselves, or using the commercially installed devices that also can be tracked by law enforcement) may be impeded or useless because of interference from the “cool” glazing? Will agents from California’s Bureau of Investigation and Intelligence accept that their investigations are being impeded by another state agency to arguably save a small amount of greenhouse gas from entering the atmosphere?

CARB glibly addresses the communications issues on its website, by offering the so-called deletion window (where there is no coating on the glass) as a panacea for all the problems, and claims that they have tested the ankle bracelets, and found that they work just fine. Cell phones “should not be impacted.” All that is missing is any data or substantive details on the test methods. Thus, many people—including this writer—are skeptical of CARB’s facile replies to legitimate objections to its proposals.

One has to wonder why more consideration was not given to the absorptive coatings approach. My take is that CARB didn’t think of it, and is too pig-headed to admit its oversight. One might also wonder why a proposal with so many flaws, and the real possibility of negative economic impact, would be introduced at such a bad time for the state.

Younger readers of this column may not be aware of the exceptional work done in the 1960s and 1970s by CARB, in tackling the serious air pollution issues that plagued California. Leading the way was pioneering scientist Dr. Arie Jan Haagen-Smit (1900-1977), a giant in the field whose contributions to giving us clean air will probably never be matched.

Haagy, as his friends called him, is most likely spinning in his grave.