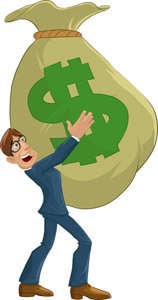 Contrary to the widespread notion that the US healthcare system is the best in the world, a more realistic appraisal would deem it otherwise. In fact, here in America, we spend far more than any other country to deliver–in the main–mediocre outcomes.

Manifold examples include unconscionable wait times at VA hospitals, despite an essentially unlimited budget; ruinous well-funded public health policies such as idiotic dietary recommendations that have virtually caused the obesity epidemic; deadly infection control breaches at presumably prestige hospitals; and a well-heeled FDA that is itself something less than “safe and effective.”

Does more money spent equal better healthcare? Beyond a certain point, absolutely not. Ironically, a bell-shaped curve paradigm seems to be in effect. Consider the billions “invested” in electronic health records. Notwithstanding endless promotion of EHRs, it is no secret that they are despised by providers. According to a recent piece in Politico entitled “Why Health Care IT Is Still on Life Support,” “[D]octors describe the EHR as the biggest cause of job burnout—worse than long hours, billing, and other nuisances.”

And, as healthcare informatics guru Scot Silverstein has pointed out: “One of the most persistent memes in healthcare IT is that, for all their deficits, bugs, flaws, interferences in care, and so forth, these systems improve patient safety.” Despite study after study documenting inherent risks, as well as patient injuries and deaths directly attributable to EHRs, most popular media articles covering this problem still conclude with a big “BUT.”

In the cited Politico piece, even as author Arthur Allen acknowledges that “EHRs are inevitably listed among the 10 top safety concerns for doctors because they introduce new kinds of errors,” he still intones in the previous sentence that “Overall, EHRs are probably improving patient safety.” One wonders how he came to this conclusion, other than by wishful thinking.

Given the outrageous cost to bring a pharmaceutical product to market, Big Pharma is understandably eager to promote its newest proprietary drugs. Fair enough, but newer is not always better. Bear in mind that choosing between prescribing an old, established drug versus the new kid on the block is different from the proprietary name brand versus generic discourse. In many other countries, drug approval testing goes beyond our FDA’s “safe and effective” and asks that it also be compared to the current “standby” product.

A number of articles have appeared in the last few years lamenting that despite the more than $50 billion that U.S. pharmaceutical companies have spent every year since the mid-2000s to discover new medications, there have been few improvements on old standbys developed decades ago. Perhaps drug discovery should focus on new applications rather than trying to create a new wrinkle in the tried and true. Best as I can tell, though, no one has ever bothered to calculate how much money has been wasted both on development and prescribing, in the process.

Then, there’s the matter of how the so-called “free market” can disrupt healthcare. As the Allergan saga played out last year, the tag team of Bill Ackman—founder and CEO of Pershing Square Capital Management LP, a hedge fund management company—and Valeant Pharmaceuticals were unable to secure their hostile takeover. Valeant is known for slashing R&D budgets; setting up favorable tax environments; creaming profits off whatever hit drugs the acquired company has in its product range; and thus growing by acquisition.

As it happened, Allergan was acquired by Actavis, whose CEO Brent Saunders said at the time: “We are committed to R&D. It is the lifeblood of our company.”

Of course, Ackman’s interests in health care are not limited to Big Pharma. He is also taking an aggressive short position in Herbalife, and is not above using the government and civil rights activists to help his play. Among other things, Ackman has hired a variety of minority community advocacy groups, which have produced identical “astroturf” letters to agencies, demanding an investigation of Herbalife. One problem with this dubious strategy, as expressed by Nevada attorney general Catherine Cortez Masto, is that none of the advocacy groups behind the letters could produce a single real victim.

Likewise, well-meaning civil rights activists who were drawn into the fray were none too pleased to discover that they were working for chump change to fuel a billion dollar play by a hedgie.