You Can’t Fix Stupid: The Sad Saga Of “Pink Slime”

You Can’t Fix Stupid:  The Sad Saga Of “Pink Slime” 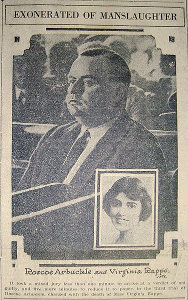 In his famous 1859 work On Liberty, Utilitarian philosopher John Stuart Mill was emphatic in his support of free speech, so long as it did not cause harm to another person. As you might expect, people have debated the meaning of “harm” in this context ever since.

While so-called Yellow Journalism—as popularized by media barons William Randolph Hearst and Joseph Pulitzer—has been blamed for such things as our entry into the Spanish-American War and the assassination of President William McKinley, there is no shortage of unassailable examples of irresponsible reporting causing real harm to real people.

One of the best-remembered examples is the notorious 1921 case of silent movie star Roscoe “Fatty” Arbuckle and alleged rape and homicide victim Virginia Rappé. As many are unaware even today, Arbuckle was completely innocent of the charges against him, and had to suffer through three trials at the hands of San Francisco District Attorney Matthew Brady, who knew quite well that his key witness was lying. It was at the third trial that Arbuckle was actually proclaimed innocent by the jury.

Indeed, Judge Sylvain J. Lazarus was tempted to drop all charges from the first, and probably would have done so, but for the outrageously mendacious and sensationalistic coverage of the story by Hearst’s San Francisco Examiner, that whipped up public hysteria and facilitated the fraudulent prosecution. Hearst would brag later that he had sold more newspapers on the Arbuckle case than on the sinking of the Lusitania.

In fact, Rappé was not raped or murdered at all. She died of a ruptured bladder (not related to an external source) with signs of acute peritonitis. Arbuckle’s career would never recover—much less his health. His cause was defended by fellow comic Buster Keaton, while actor William S. Hart—who had never worked with Arbuckle—jumped on the bandwagon and made statements against him.

Surely, 91 years after the Arbuckle affair, the American public is far too sophisticated to fall for such gross misrepresentation by the media, right? Wrong. If anything, the public is more clueless now than in 1921, if you consider the present day’s ease of access to unlimited information on virtually any topic, and how this should make a big difference in its understanding of current events—but doesn’t.

“Pink Slime” is the not-so-complimentary term given to what the beef industry calls lean, finely textured beef. This product is made from trimmings left over after carcasses are cut into steaks or roasts. A centrifuge separates the lean beef from the fat, creating a fabricated product that is more than 95 percent lean. The meat is treated with a mist of ammonium hydroxide (long approved for such use by the FDA), to prevent or eliminate bacteria.

The textured beef process has been approved by the FDA since the early 1990s and raised little controversy until a few weeks ago, when the social media went viral over its depiction as “pink slime,” by ABC News and food activist Jamie Oliver. As it happens, the images Oliver used on his “reality” TV show were not of the beef product in question. Rather, they were of a chicken product, but who cares if the real “reality” here is to simply boost ratings?

Based on this media hysteria, plants have already been closed, and hundreds of jobs have been eliminated. Listen to Russell Cross, head of the Department of Animal Science at Texas A&M University, and a former administrator of USDA’s Food Safety and Inspection Service:

Although there are some who call for labeling this safe and nutritious food product, the fact is, the USDA recognizes that this product is what it is: 100% beef. There is no need for labeling LFTB—because nothing is being added that is not beef.

What the public needs to know is that because of this situation, about 13 pounds of quality beef per animal now will be wasted. We’d need to raise an additional 1.5 million cattle each year to make up for this loss. The price of the raw material for ground beef has increased more than 15% in the past few weeks. Guess who will get to pay for the increase? The consumer.

Nancy Donley, president of STOP Foodborne Illness lost her son Alex to a 1993 outbreak of E. coli O157:H7. She recently weighed in on the pink slime nonsense…

Consumers need to understand that this product is meat, period, and that the use of ammonia hydroxide in minute amounts during processing improves the safety of the product and is routinely used throughout the food industry. There are many types of interventions including food-grade antimicrobial sprays which are used on all manner of foods.

I am very concerned that mis-categorization campaigns such as this “pink slime” campaign will cause well-intentioned companies such as BPI (one of the manufacturers of LFTB) to cease innovations for developing better food safety technologies and strategies. Why try to do something better only to get set up as a target? If this does in fact happen, and promising technologies get thwarted, we, the American public, will be the losers. And tragedies like Alex will continue to go on and on and on.

Doug Mead was a systems technician at one of the closed plants, who condemns the negative media coverage. “This ‘pink slime’ thing is a joke,” Mead said. “But you can’t fix stupid.”

Roscoe Arbuckle, no doubt, would agree.