CBD And The NFL 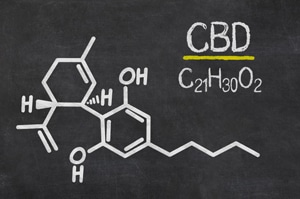 CBD And The NFL

It’s not every day that a newspaper like the Washington Post puts a sports story on the front page. What makes this one rarer still is that it has nothing to do with a pending championship or even a big game. The athletes mentioned are not all famous, and none of them are currently active players. Instead, the piece covers a novel approach to their problems with chronic pain.

The WaPo story teases the reader a bit by talking about “medical marijuana,” before getting into the real subject of interest: Cannabis extract cannabidiol (CBD)—a non-hallucinogenic compound, rich in therapeutic properties. This column examined CBD last year, and covered cannabis taxonomy; the ridiculous manner in which cannabis (including the hemp cultivars) is treated by the federal government; and the wonderful results obtained on five-year-old Charlotte Figi, who was suffering from hundreds of seizures per week.

The name “Charlotte’s Web” was given to the strain of cannabis from which Charlotte’s life-saving CBD oil was extracted. The extract was supplied by the Stanley Brothers, who now do business under the name CW Hemp.

“For decades, football players have treated pain with post-game beers, over-the-counter anti-inflammatories and powerful prescription painkillers. The sport’s overreliance on drugs for pain management is the subject of a federal lawsuit and has sparked an investigation by the Drug Enforcement Administration. Retired NFL players use opioids at four times the rate of the general population, according to one study, and marijuana advocates say there’s a safer, healthier alternative available.”

A few months ago, Maese offered up a ringing indictment of the league’s abuse of painkillers and other drugs. This is further confirmed in a video presented by Perry Solomon, MD, in which the tribulations of Ryan McBean—former NFL player—are detailed. The video also discusses the opioid epidemic within professional sports, and how cannabis could be a natural alternative.

OK, but how does CBD control chronic pain? Medical marijuana publication O’Shaughnessy’s gave a fairly detailed technical overview, that was updated by Project CBD. As they note, “Cannabidiol is a pleiotropic drug in that it produces many effects through multiple molecular pathways.”

Once cannabinoid receptors were identified, the mechanism of therapeutic cannabinoids could be studied. According to a 2006 article entitled “Role of the Cannabinoid System in Pain Control and Therapeutic Implications for the Management of Acute and Chronic Pain Episodes”:

“Administration of natural or synthetic cannabinoid receptor agonists has shown therapeutic value for a number of important medical conditions, including pain (particularly against pain of neuropathic origin), anxiety, glaucoma, nausea, emesis, muscle spasms, and wasting diseases. Insofar as pain is concerned, it is well known that cannabinoid receptor agonists have antinociceptive [the action or process of blocking the detection of a painful or injurious stimulus by sensory neurons] and anti-hyperalgesic [countering the increased sensitivity to pain] effects at the peripheral and central (spinal and supraspinal) levels, as has been demonstrated in acute and chronic pain models.”

Cannabinoid receptors and endocannabinoids [endogenous chemicals that activate the same receptors as THC and CBD] are present in pain circuits from the peripheral sensory nerve endings up to the brain. Thus, our bodies not only have receptor sites cued just for cannabinoids, but our bodies actually produce these compounds internally.

One can only hope that with the highly promoted CBD success stories, such as Charlotte Figi’s, now combined with the advocacy of NFL players, the antiquated and repressive attitudes of officialdom will finally change.