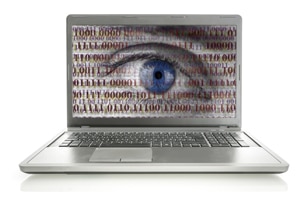 A “controlled substance,” per §802(6) of Title 21, United States Code, means a drug or other substance, or immediate precursor, included in Schedule I, II, III, IV, or V of part B of this subchapter. The term does not include distilled spirits, wine, malt beverages, or tobacco, as those terms are defined or used in subtitle E of the Internal Revenue Code of 1986.

A key difference between Schedule I and II substances is that drugs on Schedule I “have no currently accepted medical use in the United States.” Full marks if you noticed that marijuana (cannabis)—despite being offered in many states for medical purposes—is still a Schedule I drug. However, there is more to this story…

Remember CBD (Cannabidiol)? Until quite recently, all CBD products were treated as Schedule I substances, which, frankly makes no sense. Consider that “Schedule I drugs, substances, or chemicals are defined as drugs with no currently accepted medical use and a high potential for abuse.” One can debate the “accepted medical use” portion, I suppose, but there is absolutely no potential for abuse of CBD—unless it contains significant amounts of THC (delta-9-tetrahydrocannabinol), which is highly unlikely.

Indeed, the FDA noted that cannabidiol shouldn’t be a controlled substance, but international treaties require the United States to regard it in this manner.

On June 25, 2018, the plot thickened. On that day, the FDA approved Epidiolex (cannabidiol) [CBD] oral solution for the treatment of seizures associated with two rare and severe forms of epilepsy, Lennox-Gastaut syndrome and Dravet syndrome, in patients two years of age and older.

Now, we have—to coin a phrase—a scheduling conflict. How can an FDA-approved drug be Schedule I (no currently accepted medical use)? And what changes could be made that would conform to the treaties mentioned above? Easy peasy! The Drug Enforcement Administration (DEA) simply classified Epidiolex—and only Epidiolex—as Schedule V (the least restrictive classification). Thus, all other CBD preparations are still Schedule I. (Hemp-derived CBD seems protected under the Farm Bill.)

To get more specific, the DEA action places FDA-approved drugs (and there is only one so far) that contain CBD derived from Cannabis and no more than 0.1 percent tetrahydrocannabinols in Schedule V. Note that this exclusion of THCs is three times more stringent than the 0.3% THC requirement, as enshrined in the 2014 Farm Bill. The 0.3% figure originated from a 1976 plant taxonomy paper. Cold comfort that this number has been disavowed by its lead author, Dr. Ernest Small.

Presumably, Epidiolex cranked up the purity to distinguish itself from the crowd, not to mention invoking a more expensive production process ideally suited to Big Pharma. And, the new drug will be introduced at the eye-popping price of $32,500 per patient per year. Those patients better be covered by good insurance.

I’m concerned about the precedent being set here. CBD has long been known to be effective against seizure disorders. Did anyone compare Epidiolex to the dozens of readily-available CBD products already on the market? Given the budget and political connections to pull off the grueling FDA approval process, could any of them have done the same? Besides, if CBD now has an FDA-approved medical use, by what logic can CBD products other than Epidiolex remain in a Schedule tagged as “no currently accepted medical use”?

Finally, if there is an argument to be made that Epidiolex improves on a natural product, I have yet to hear it. At least when Bayer patented Aspirin in 1899 is was a distinct improvement over the natural product White Willow Bark. Since when can a proprietary drug be created simply by taking a natural product, purifying it more than the commercial versions (for no apparent medical reason), and putting it through clinical trials?