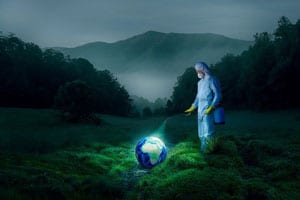 This column has posted several articles on the pandemic, including four “Quick Takes” pieces that focus on a few newsworthy items in each essay. But now, fully a year into this situation, it is time for a bit of retrospection, and as the title implies, certain rhetorical niceties might be suspended this week.

The first thing the public experienced, after the official flip-flop from “nothing to worry about” to effectively locking down the country, was the notion of “flattening the curve.” As would be the modus operandi throughout the crisis, a logical sounding precept would be introduced, but would never be properly explained. Indeed, it was first proposed that lockdowns (although not yet referred to in this manner) would be instigated to flatten the curve.

The public assumed that this meant that people should avoid contact with others to prevent infection, and no one disabused them of this notion. In fact, flattening the curve does not propose to reduce incidences of infection. Rather, it seeks to lower the slope of the otherwise spiky curve. In this way, the same number of infections is simply extended over a longer time period, to reduce the anticipated load on healthcare services.

This brings us to the matter of the lockdowns, themselves. Oddly, in a situation where the burden of proof should surely be on those who impose the draconian measures, no justification was ever proffered for these actions. Results of varying practices in different states could have been compared, but this hardly ever happened. And, given the astonishingly high numbers of “cases” and deaths in the US, who will dare argue that the lockdowns did any good at all? In fairness, this will be nearly impossible to determine. Moreover, there is more to public health policy than attempting to control one disease, seemingly emphasizing it over all others.

In a brilliant essay entitled “The Entrenchment of Lockdown Denialism,” Jeffrey Tucker cites several articles demonstrating this flaw in reasoning.

In one example, a critical care doctor notes that “There are older Americans dying of malnutrition, young men drinking themselves to death, others with cancers that could have been treated had they not skipped medical services for a full year, and drug overdoses breaking all records.” As Tucker puts it, “There is just one problem with the piece: It never specifically blames lockdowns, even though the author details all the devastating consequences of these policies. The doctor’s explanation blames “the pandemic,” when it is clearly the “non-pharmaceutical interventions” [aka lockdowns] that are at fault.

As good as Tucker’s piece is, in suggesting that the articles he cites avoid the term “lockdown” in some sort of stratagem to deflect responsibility, he himself seems to be avoiding something. It is quite difficult to explain the alacrity with which political figures (especially on the Left) took to lockdowns without concluding that their goal was to defeat Donald Trump. What better way to crush the unprecedented economic growth?

Why not simply use common sense–which has been the byword for every single epidemic that occurred before this one? Why were rational analyses such as the Great Barrington Declaration ignored? And why, despite zero consistency in his statements, is Tony Fauci treated as some sort of oracle, when he is anything but?

As to the vaccines, in the US they were released under an Emergency Use Authorization. Millions of people have been vaccinated, even as issues are being raised by credible sources. In one case, it is argued that Sanger sequencing, rather than PCR testing, should have been used to verify effectiveness. In another, seven urgent safety issues were raised.

The Sanger method commentary was rejected by FDA, and the safety issues were never answered in the original private communication, so the scientists went public with their concerns. Moreover, a sort of Salem Witch Trials atmosphere is being created whereby merely questioning official diktat, no matter whom you might be, brands you as a dangerous anti-vax lunatic.

This is most disturbing in light of mysterious deaths of young, healthy people shortly after receiving the vaccine. In none of these cases was a credible explanation offered. Pronouncements such as “The vax didn’t kill her” or “This is rare” are not scientific, but rather are insulting–especially to their survivors.

Note that official treatment options for COVID-19 have only recently been promulgated, not to mention certain drugs being demonized. And, recall that in previous months the mantra was basically “Lock down, try not to get sick, and wait for the vax.”

Dismissing any and all questions about the vaccines is a foolish and suspicious way to proceed. Add to this organized Public Health hedging their bets by telling vaccinated people to keep wearing masks and promulgating doubt and fear with the variants, and you have a badly failed policy.