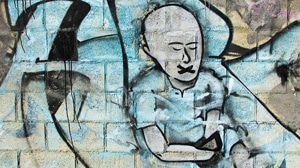 According to the Oxford English Dictionary, “censorship” is “the suppression or prohibition of any parts of books, films, news, etc. that are considered obscene, politically unacceptable, or a threat to security.” Whatever censorship that did exist in the US before the 1960s was largely restricted to certain pornographic materials. No doubt, various aspects of the news were always censored, but this was not a hot topic at the time. While alternative print media existed, they were not widely disseminated.

Many people remember the comments of Justice Potter Stewart in the case of Jacobellis v. Ohio (1964): “I shall not today attempt further to define the kinds of material I understand to be embraced within that shorthand description; and perhaps I could never succeed in intelligibly doing so. But I know it when I see it, and the motion picture involved in this case is not that.”

Several cases followed which would further define what sorts of pornography could be censored, but with the advent of the Web, such guidelines are now moot.

As a rule, Americans have always despised censorship, never wishing to surrender their freedom to experience whatever media they choose to some Star Chamber. However, things were to change, courtesy of a concept started by the Bolsheviks, following the success of the Russian Revolution. That would be the notion of “political correctness.” Of course, this is simply censorship under a different name, but in this form it relies more on the individual to censor himself.

While self-censorship owing to fear of consequences was its beginning, it didn’t take long for the “self” to become entire media and political organizations. It is hardly novel to point out that vast amounts of conservative-leaning commentary is regularly purged from certain social media and search engines.

Sadly, public health policy is heavily influenced by partisan politics, having its most flagrant embodiment in the COVID-19 pandemic. Democratic Party operatives and their media fanboys have worked hard to turn this situation into a nonstop partisan attack on President Trump. This posture deliberately ignores his early move to restrict incoming travel from China, as well as Nancy Pelosi’s shameless invitation for crowds to come to San Francisco’s Chinatown. Tellingly, Pelosi’s action was framed and downplayed later, being used more to attack Trump than to chastise Pelosi.

Many more examples can be cited, but a particularly egregious one involves the overpraised Dr. Anthony Fauci. During an interview with Judy Woodruff on PBS NewsHour, Fauci actually uttered the following: “We have got to do the things… that we need to do to turn this around… When you do it properly, you bring down those cases… We have done it in New York. New York got hit worse than any place in the world. And they did it correctly…”

The most charitable interpretation of this statement would be that after New York hideously screwed up (remember the nursing homes?), things finally got better. Was lifelong Democrat Fauci trying to provide cover for Gov. Andrew Cuomo?

Then, there is the ridiculous mask video from Bill Nye, effortlessly shot down by @conmomma. Try the experiment yourself.

Finally, we have a video posted by a cadre of physicians calling themselves America’s Frontline Doctors. This diverse and obviously talented group advocates that kids return to school with in-classroom instruction, and touts the benefits of hydroxychloroquine. In just eight hours, the Facebook video racked up more than 17 million views before it was removed. It garnered over 80,000 views on YouTube prior to its removal. Following Facebook and YouTube’s removal of the video, Twitter followed suit, removing Breitbart News’ Periscope livestream of the press conference.

That blatant censorship was followed by a host of slanderous attacks on various members of the group, especially Houston-based Dr. Stella Immanuel, in which she was assailed for her spiritual beliefs, rather than her medical practices. Other ludicrous cannonades impugned the credentials of the doctors, and even suggested that they could not credibly speak from the “frontline.” The group’s founder, emergency physician Simone Gold, MD, JD, would beg to differ.

Disagreeing with politically correct opinion is one thing, but brutally censoring it is a whole different matter. It looks like that Star Chamber has come back to haunt us. Will it be coming for you next?