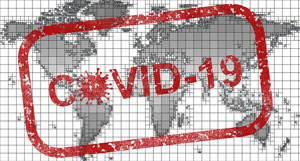 We report again on the continuing saga. What will ever flatten the curve on the constant flow of developments in the strange world of COVID-19? In March, 2020, did you think that we’d still be talking about it now?

1.     The vaccine passport—If one were to only consider science, logic, and right reason, the notion of a vaccine passport would at least require a stronger basis than an Emergency Use Authorization. After all, there is scant data that a fully vaccinated person cannot still spread the virus, not to mention that a fully vaccinated person can also still contract the disease. Indeed, that’s the justification presented for why vaccinated folks still have to mask and practice social distancing. Bear in mind that the only real claim for the vaccines is that if you do get COVID-19, your symptoms will likely be milder.

As it is, there are now reports of “breakthrough cases” of COVID-19, occurring in vaccinated individuals. Most of these cases were mild, although eight people were hospitalized and there are two potential cases where the patients died. The deceased were over 80, and had underlying health issues. (Does that sound familiar?) Breakthrough cases were also reported in Hawaii, and presumably will be cropping up elsewhere.

However, drunk with the power they could unleash with the lockdowns, the very same tin-pot dictators are now ready to impose these passports. How fitting that the beleaguered governor of New York, responsible for the deaths of untold numbers of nursing home residents, now hopes to earn back his bona fides with an even more autocratic action. At the very least, there is a big problem here with the security of medical data, and—as has been the posture of officialdom throughout the entire COVID-19 debacle—no further information is being given about this matter.

In the case of NY State’s passport, the app is being built by IBM, who will only say that the security is based on blockchain, which is nonsense. Blockchain is used to allow public verification of transactions, but it is a cool-sounding buzzword, so they went with it.

Unfortunately, the security concerns go far beyond your medical data. According to Dr. Naomi Wolf, founder and CEO of Daily Clout, the passport violates people’s liberty.

“I am not overstating this. I can’t say it forcefully enough. This is literally the end of human liberty in the West if this plan unfolds as planned. Vaccine passports sound like a fine thing if you don’t understand what these platforms can do…”

“It’s not about the vaccine. It’s not about the virus. It’s about your data. And once this rolls out you don’t have a choice about being part of the system. What people have to understand is that any other functionality can be loaded onto that platform with no problem at all. What that means is that it can be merged with your PayPal account, with your digital currency; Microsoft is already talking about merging it with payment plans. Your networks can be sucked up. It geolocates you wherever you go. Your credit history can be included. All of your medical history can be included.”

In other words, if you like China’s Social Credit system, you will love vaccine passports. But given the alacrity with which millions of users gave away their personal information for a free Facebook account, one wonders how much resistance the passports will actually get.

2.     Antibody dependent enhancement—ADE occurs when the antibodies generated during an immune response recognize and bind to a pathogen, but they are unable to prevent infection. Instead, these antibodies act as a Trojan Horse, allowing the pathogen to get into cells and create a paradoxical effect. Unfortunately, ADE can be caused by vaccines. A recent case involved more than 800,000 Philippine kids who received a Dengue Fever vaccine. Dozens of deaths have been blamed on the vaccine.

As to SARS-CoV-2, there are conflicting animal study results. This one has caused concern, since it focused on SARS therapies.

ADE with the current COVID-19 vaccines has been dismissed by some experts, owing to their targeting of the spike protein. Yet, one of the effects of ADE (Cytokine storm) has been implicated in the still unexplained deaths of young and otherwise healthy vaccine recipients.

More elucidation from the public health authorities would be appreciated, but will probably not be forthcoming.