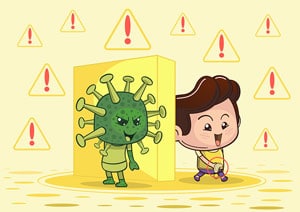 Given the CDC’s sudden change in its mask recommendations, even though they were further subject to local regulations; as well as continuing revelations as to the origin of SARS-CoV-2, public confidence in the official COVID narrative is waning. We know that readers are looking for out-of-the-mainstream information. As such, we present more quick takes.

1.     Luc Montagnier says that vaccination is creating the variants.—Luc Montagnier is a 2008 Nobel Laureate in physiology and medicine for the discovery of human immunodeficiency virus. You may recall that it was Montagnier, who asserted last month that the COVID-19 virus (SARS-CoV-2) was manufactured and leaked from a Wuhan lab in China, and contains HIV (AIDS) elements. Despite his reputation, he was roundly condemned for this viewpoint at the time, led by a chorus of Left-leaning groups, and scientists worried about falling off the “see no evil” government gravy train.

But, now it seems that the narrative has changed. Many prominent scientists are calling for an investigation into the origins of COVID-19, and are dismissing the biased findings in the WHO report.

Leave it to Montagnier to create more controversy. In an interview given to a French media outlet earlier this month, he said that the vaccinations are a “scientific error as well as a medical error. It is an unacceptable mistake. The history books will show that, because it is the vaccination that is creating the variants.”

As Montagnier explains, there are antibodies, created by the vaccine, forcing the virus to find another solution or die. This is where the variants are created. It is the variants that are a production and result from the vaccination. He maintains the epidemiologists are only too aware of antibody dependent enhancement, but are mostly silent on the issue.

Montagnier is running his own studies on people who have become infected with SARS-CoV-2 after being vaccinated. He is confident the he can prove that the vaccines are creating the variants.

2.     What’s behind the high rates of COVID victims, hospitalizations, and deaths in India?—Noted scientist, commentator, and technology consultant on health issues Joel S. Hirschhorn released a book in January entitled Pandemic Blunder. The principal point of which is that the Feds failed to promote early treatment of COVID, which would have kept most people out of hospitals. The book contends that had such a policy been followed, 70 to 80 percent of COVID deaths could have been prevented.

Regarding India, he argues that the COVID surge is connected to the reduced use of the drugs hydroxychloroquine and ivermectin. Indeed, in 2020, India was more than holding its own against the pandemic by the widespread use of those drugs.

As Hirschhorn puts it, “Then the COVID vaccine movement hit the world and the terrible COVID surge hit India.” Readers will recall that there was a large media campaign against the drugs—especially hydroxychloroquine—presumably because Donald Trump was in favor of it. And all sorts of bad faith coverage complained that many of the studies that were proffered in favor of hydroxychloroquine were not formal randomized controlled trials, as if that matters in a pandemic. In fact, some of the polemic against the drug was so over-the-top that two negative studies were retracted.

Ivermectin seems even better. India’s largest state, Uttar Pradesh, which distributed free ivermectin for home care, had the second-lowest fatality rate in India at 0.26 per 100,000 residents in December, 2020. Only the state of Bihar was lower, and it, too, recommends ivermectin.

But then, the bottom fell out. Refer to this blog entry entitled “When India stopped prescribing ivermectin and started vaccinating the deaths shot up.” Big takeaway: “Back in January, all talk was about Ivermectin, a cheap and effective remedy being used in India. However, the attention went onto the vaccine and since then the deaths have gone up and up and there are indications this might be repeated elsewhere.”

India seems to be returning to the cheap drugs, without much fanfare. So, Hirschhorn asks, “Has the profit-seeking drug industry in India and elsewhere pushed the use of vaccines and knocked out wide use of cheap generics? With over 570,000 COVID related deaths and more every day, the blocks to using ivermectin and hydroxychloroquine should be removed.”