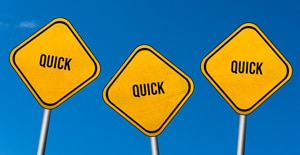 Yet more quick takes, continuing on from last week.

1.      Questionable “science” from the CDC on double-masking—Much of the media is breathlessly reporting that people should consider double-masking to create more protection against the variants of SARS-CoV-2 now appearing. An alternative to the double mask is knotting and tucking the medical procedure mask, for a tighter fit. This research was published February 10 on the CDC website. It is not until the reader gets more than 600 words into the article that he discovers that no humans were used in the study.

Rather, “A pliable elastomeric headform was used to simulate a person coughing by producing aerosols from a mouthpiece (0.1–7 µm potassium chloride particles).” So, non-humans were puffing out non-virus particles. And since non-humans don’t need to breathe, you can mask up those dummy headforms as tight as a drum. Not only is this about as far as you can get from a randomized controlled trial (RCT), someone actually did run an RCT on masks. That study concluded that face masks give no clear protection from COVID-19 infection to the wearer, but did not examine whether the wearer protects others by using them.

Further to the matter of masks, last October, the debunkers and fact-checkers were out in force. A CDC report found that 85.0% of [COVID-19] case-patients reported “always” or “often” using cloth face coverings or other mask types when in public. Not surprisingly, this finding was widely touted on social media, and by various broadcasters.

Oddly, the fact-checkers affirmed the statement, but suggested that it lacked proper context, in that 88.7% of those who did not get COVID-19 did (always or often) wear masks. I guess none of the fact checkers ever heard of the null hypothesis. This basic concept in statistics is a first assumption. In this case, the “alternative hypothesis” of masks being (or not being) beneficial would require some meaningful difference between the two groups. Thus, the fact checkers are agreeing that masks do not seem to do any good, and invoke the very data set to prove the point of those they were trying to debunk.

In fact, the study was more about close contact and community exposure, and the mask data was only a small part of the total effort. Even so, there was nothing wrong with quoting those particular findings.

2.      Pfizer abandons huge COVID-19 vaccine market in India, for now—Reuters reported on this story February 5. Possibly, the Indian government was concerned about reactions to the Pfizer product, but they have already approved less expensive vaccines from AstraZeneca and Bharat Biotech. In India, it is quite common for officials to request “bridging trials” to determine if a vaccine is safe and generates an immune response in its citizens whose genetic makeup can be different from people in Western countries.

Given the already approved cheaper vaccines, Pfizer may have determined that the extra effort was not worth it. Still, this is the second most populous country in the world. Is there more to the story?

3.      The WHO inspection of the Wuhan lab raises many questions—Despite the nearly universal acceptance of the inspection findings in the mainstream media, there are certainly plenty of dissenting voices. Australia-based Yuan Hongbing called the investigation “[A] farce staged by the Chinese regime. We could have predicted that this so-called investigation would come to this.”

Gordon Chang referred to the comments of inspection team leader Peter Ben Embarek, who dismissed any lab origin theory of SARS-CoV-2 as “intensely political.” Chang continues, “This mission to Wuhan is heavily negotiated with conditions that were really essentially designed so they are not going to find out anything. They are there for a month, two weeks of which are quarantine, and they go to the Wuhan Institute of Virology for three-and-a-half hours. I don’t know how WHO members can say that [the virus did not originate in the lab] after such a cursory examination.”

It is not exactly news that WHO seems to be heavily influenced by China. That’s one of the reasons why former President Trump’s administration withdrew support. But since the “Orange Man Bad” mentality controls most of the media and government bureaucracies, the US is now back as a supporter of WHO.

Evidently, there must be a lot of folks who think that Government and WHO have done a stellar job in handling the COVID-19 pandemic. But then, there are also plenty of people who must really respect authority, or at least assent to it.