Our Cups Runneth Over: Is Your Soft Drink Safe?

Our Cups Runneth Over:  Is Your Soft Drink Safe? 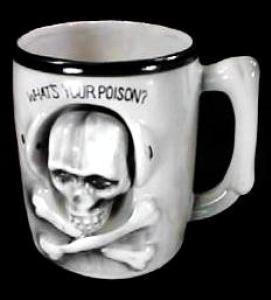 Last week, health officials piqued concern over some well-known beverages, if not necessarily for the right reasons. By publishing their findings about elevated levels of benzene in a series of popular soft drinks, the US Food and Drug Administration (FDA) gave consumers another cause for anxiety. Though the FDA did, thankfully, deny any current danger inherent in drinking various sodas and other beverages that contain ascorbic acid (Vitamin C) and the preservative sodium benzoate, which can react to form benzene under certain conditions, the damage had already been done.

Rather than focus on questionable compounds present in drastically higher quantities in most soft drinks—artificial colors, preservatives, sugar, not to mention high calories and zero nutritional value—the government needlessly frightened consumers about benzene and its carcinogenic properties. To be sure, benzene is harmful (in sufficient quantities), but its threat is virtually nonexistent to those who might enjoy a glass of soda. The real crisis, which the FDA did not even acknowledge, is the aggressive marketing used by soft drink manufacturers, whereby young children and teens are encouraged to imbibe copious amounts of soft drinks.

While TV commercials usually take the blame for this, money-hungry school districts are not far behind in culpability, with their junk food fund-raising campaigns and generous vending machine commissions. Welcome to an insidious part of the junk food paradigm, that contributes to the spike in the number of people with sudden onset diabetes and morbid obesity.

We are assured by Laura Tarantino, the FDA’s director of food additive safety, that levels of benzene higher than allowable amounts were only discovered in a “very, very few samples.” Perhaps, but considering that the precursors (ascorbic acid and benzoate preservatives) are always there has to make you wonder.

As it is, the mere presence of these chemicals in the drink does not guarantee that benzene will be created. The reaction is also affected by heat, light, and elapsed time. Thus, benzene could be found in one bottle of soda, but not in another of the same brand.

Unfortunately, this whole business reflects the extreme difficulties encountered when you try to get people to clean up their lifestyle. To actually cut down on junk food and beverages is far more of a challenge than fixating on some phantom “tenth-order” effect, such as benzene in soft drinks. Besides, the benzene is not our fault. Abdicating responsibility for our own health is, however, and that’s a bitter pill. Food and beverage choices are so personal, that any suggestion that we might be doing wrong is met with plenty of hostility.

We can deny the virtual epidemic of diabetes and obesity, and how it is connected to an unhealthy diet filled with snacks, fast food, and soft drinks, at our peril. Carbonated soft drinks, both sweetened and unsweetened, have become the number one drink choice for adolescent girls, according to a study, published in the February, 2006 issue of Pediatrics.

Over the last 20 years, Americans have added between 150 and 300 calories to their daily diets—about half of them in liquid form. Removing or cutting back on soft drinks can be a first step on the road to a better diet and healthier lifestyle. According to Dr. William Dietz, director of the division of nutrition and physical activity at the Centers for Disease Control and Prevention, weight loss tied to fewer sweetened drinks is an important piece of beverage research that has been missing.

It is truly symptomatic of our age that we can ignore the larger consequences of soft drink consumption, as well as the unholy alliance between rapacious school districts and the beverage and junk food manufacturers, while focusing on trivial contaminants in these products. You might recall that there was a full court press against marketing cigarettes to kids, to prevent diseases that could occur 50 years in the future, but there seems to be little interest in going after something that could make them fat and unhealthy while they’re still young.

You would think that the politicians who are always bleating about “the children…the children” would jump right on this one, but there are probably too many donations in the way.