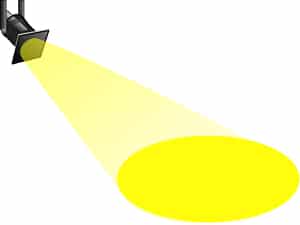 As we endure our sixth month of the continuing crisis—originally sold to us as a brief flattening of the curve—it’s time to look at some recent developments and interesting commentary.

There is plenty of criticism of the lockdown, and the autocratic zeal shown by some leaders to enforce its provisions. Check out this video of a woman being tased and arrested in the open air at a kids’ football game, for not wearing a mask. There is also the insidious and cynical conflation of mere positives (and the testing has already been exposed for false positives), with active infections of SARS-CoV-2. Thus, this sort of mandate.

As one might expect, there are differing levels of response from state-to-state, and this can cause embarrassing situations, such as when the mayor of Philadelphia was caught at a restaurant dining indoors (then verboten in his city) while in Maryland.

In Michigan, people are fighting back, as the “Unlock Michigan” initiative has collected many more signatures than it needs to advance their effort to repeal the Emergency Powers of Governor Act before the legislature. On September 23, the group Stand Up Michigan announced it had collected 500,000 signatures. Gov. Gretchen Whitmer has continued to extend the coronavirus state of emergency, and this has become extremely unpopular.

On August 17, George Mason University economics professor Don Boudreaux posted an article decrying government overreaction to the COVID-19 pandemic. He refers to this as a “sledgehammer,” and says, in part…

When this sledgehammer is lifted off of us, it won’t be lifted for long. We now know that this awful hammer is there, looming overhead. We have good reason to worry that government officials are likely to smash it down upon us when another communicable pathogen emerges and makes news—as such a pathogen inevitably will, for viral pathogens have been part of human existence from the start. How will entrepreneurship and investment be changed by this ever-present threat of a smashing sledgehammer? The creation, funding, and operation of venues in which individuals come into close physical contact with each other—either for recreation or for work—will surely be much less attractive.

2.     CDC published fatality rates, by age group, for those infected with SARS-CoV-2

Predictably, the mob on Twitter is applying these percentages to the total number of people in the US of each age group (not just those infected) to arrive at ridiculous potential death totals. Also included are dubious comparisons with previous flu epidemics, and discussions of anecdotal “permanent” lung damage. For a disease that isn’t even a year old, it seems premature to talk about “permanent” effects.

As reported in Science, two new papers suggest that in a significant minority of patients with serious COVID-19, the interferon response has been crippled by genetic flaws or by rogue antibodies that attack interferon itself.

Reaction to this finding has been positive, to say the least: “Together these two papers explain nearly 14% of severe COVID-19 cases. That is quite amazing,” says Qiang Pan- Hammarström, an immunologist at the Karolinska Institute. According to Isabelle Meyts, a pediatric immunologist at the University Hospitals Leuven, “There has never been any infectious disease explained at this level by a factor in the human body. And it’s not an isolated cohort of Europeans. Patients are from all over the world, all ethnicities.”

The immediate practical applications are that interferon therapy could be employed for certain patients and patients or potential antibody donors could be screened for these rogue antibodies.

4.     Immunity to COVID-19 is probably higher than tests have shown

A study from Karolinska Institutet and Karolinska University Hospital shows that many people with mild or asymptomatic COVID-19 demonstrate so-called T-cell-mediated immunity to the new coronavirus, even if they have not tested positively for antibodies. According to the researchers, this means that public immunity is probably higher than antibody tests suggest.

Listen to co-author Soo Aleman: “One interesting observation was that it wasn’t just individuals with verified COVID-19 who showed T-cell immunity but also many of their exposed asymptomatic family members. Moreover, roughly 30 per cent of the blood donors who’d given blood in May 2020 had COVID-19-specific T cells, a figure that’s much higher than previous antibody tests have shown.”

Yes, friends, there really is some good news out there.