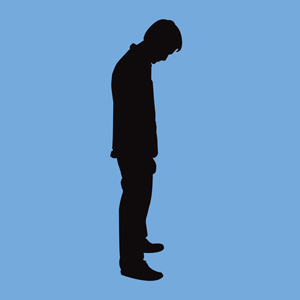 The recent death of Robin Williams has put a spotlight on the matters of depression, how it’s treated, and the role of prescribed and illicit drugs. According to the American Psychiatric Association, “Depression is a serious medical illness that negatively affects how you feel, the way you think and how you act. Depression has a variety of symptoms, but the most common are a deep feeling of sadness or a marked loss of interest or pleasure in activities.”

Since we are quite free with the word “depressed” in normal conversation, a distinction should be made between normal feelings of sadness or grief—which diminish in a reasonable amount of time—and true depression, which can persist for months or even years. However, making such distinctions is not always easy. Some people really are unhappy (with their life, their job, their marriage) most of the time, and may also exhibit certain of the above symptoms.

To be sure, depression has been known since antiquity, and likely predates Hippocrates, who described many of the same symptoms in his Epidemics, 3.4.2 (410-400 BC). The Greek physician called it “Melancholia,” attributing it to an excess of black bile, one of the four humors or vital bodily fluids. Fast forward 2400 years. What do we now think causes depression?

Although official psychiatry is soft-pedaling this idea at present, for many years, the notion of a “biochemical imbalance,” relating to the neurotransmitters serotonin and norepinephrine—especially serotonin—was widespread. This theory dates back to the 1950s, and the accidental discovery of iproniazid, the first antidepressant. This drug prevents the breakdown of norepinephrine, by inhibiting the enzyme monoamine oxidase.

Subsequent work at Ciba, also in the 1950s, led to the development of resperine, which reduces the levels of norepinephrine, serotonin, and dopamine, and was thought to produce a “depressive-like” state in animals, although this was never demonstrated in humans. In the studies that purported to show this effect in humans, the six percent who did go depressive were later all found to have a history of this affliction. Some studies even indicated that despite reducing the levels of the three neurotransmitters, certain patients experienced an anti-depressant effect.

But, why let hard data get in the way of a cool theory? Why, indeed, and in the mid-1970s Eli Lilly started working with Fluoxetine, a so-called selective serotonin reuptake inhibitor (SSRI). In 1987, the compound was approved by the FDA for treatment of major depressive disorders, under the trade name Prozac. Prozac, then, is allowing serotonin to build up in the brain, and we know that high serotonin kills depression, right? Wrong.

For one thing, there is not a single peer-reviewed article that can be properly cited to support claims of serotonin deficiency in any mental disorder, and there are several that conclude the opposite. For another, it is currently not possible to actually measure serotonin and norepinephrine in the brains of patients. Instead, these levels are inferred from their metabolites, in the urine and cerebrospinal fluid, but such metabolites may derive from other organs, as well.

Still, let’s continue with the SSRI serotonin build-up for a moment. Brain chemistry is incredibly complicated, and given the build-up, feedback mechanisms kick in, resulting in a decreased production of serotonin. Oops. Thus, as Peter Breggin has noted, this is the true biochemical imbalance, and it’s caused by the drug! The imbalance is so profound that you have to exercise extreme care when going off the drug.

Other problems with SSRIs and the imbalance theory involve dose-response: Even though SSRIs produce their maximum elevation of serotonin in a day or two, therapeutic effects can take weeks. Likewise, cocaine and amphetamine are known to raise serotonin levels, but have never been described as alleviating depression.

Many reasons have been proffered for psychiatry’s embrace of drug therapy, as opposed to consultative psychotherapy. Other disciplines can counsel, but generally only MDs can prescribe drugs. Third party payers vastly favor drugs over counseling because they are cheaper, and the costs are more predictable. Based on direct-to-patient advertising, patients want drugs, and may really enjoy their effects—for a while, anyway.

Alas, Fluoxetine, as a proprietary or generic, produces legions of side effects, most notoriously loss of libido and impotence. There is also the matter of the FDA requiring a black box warning on the drug increasing the risk of suicide in those under 25. Considering that the extreme endpoint of depression is suicide, and suicide is a possible side effect of the drug, we have a problem. Which brings us back to official psychiatry walking back the biochemical imbalance theory.

Not surprisingly, the walking back process is nothing if not disingenuous, such as Dr. Ronald Pies’ July, 2011 piece in Psychiatric Times, entitled “Psychiatry’s New Brain-Mind and the Legend of the ‘Chemical Imbalance’.” An excerpt: “Psychiatrists think all mental disorders are due to a chemical imbalance! In the past 30 years, I don’t believe I have ever heard a knowledgeable, well-trained psychiatrist make such a preposterous claim, except perhaps to mock it.”

Perhaps the good doctor was on drugs…