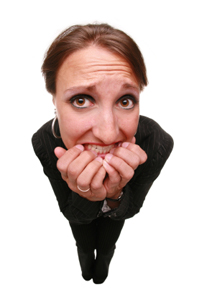 It’s one thing to fret over eating too much and gaining weight, but it can become downright stressful for many folks to also worry about how overindulging might affect their blood chemistry. Would it surprise you that the entire cholesterol/coronary artery disease theory is derived from studies nearly a century old that either fed ridiculous amounts of cholesterol or actual meat products to rabbits? Need I point out that rabbits do not eat meat nor have much cholesterol in their normal diets?

Some time later, the work moved beyond rabbits and onto humans. It was Prof. Ancel Key’s famous “Seven Countries Study,” published in 1970, that finally gave some legs to the saturated fat/serum cholesterol theory of heart disease. This was a 20-year effort, that included approximately 12,000 men between the ages of 40 and 59 from 16 communities in Italy, the Greek islands, Yugoslavia, the Netherlands, Finland, Japan, and the United States.

It is noted that Mexico, which had the same saturated fat consumption as Finland, had one-seventh the coronary-related mortality. Likewise, there was the very suspicious omission of Sweden, Germany, France, and Israel, where the higher the saturated fat and cholesterol intake, the lower the incidence of coronary deaths.

In a widely cited report from 1991, statistician Russell H. Smith, PhD was less than kind in his assessment of Key’s work:

The dietary assessment methodology was highly inconsistent across cohorts and thoroughly suspect. In addition, careful examination of the death rates and associations between diet and death rates reveal a massive set of inconsistencies and contradictions.

It is almost inconceivable that the Seven Countries study was performed with such scientific abandon. It is also dumbfounding how the NHLBI/AHA alliance [National Heart Lung and Blood Institute/American Heart Association] ignored such sloppiness in their many “rave reviews” of the study.

In summary, the diet-CHD [coronary heart disease] relationship reported for the Seven Countries study cannot be taken seriously by the objective and critical scientist.

More recently, Malcolm Kendrick, MD examined the data from the World Health Organization’s MONICA project (Multinational MONItoring of trends and determinants in CArdiovascular disease). He was especially interested in the relationship between deaths from heart disease (in males age 35-74) and average cholesterol levels, by country. He also included data on Australian aboriginals, who currently have the highest rate of heart disease in the world.

There are dozens of large international studies that corroborate these results.

What about HDL (“good” cholesterol) and LDL (“bad” cholesterol)? Frankly, I’m a bit skeptical, since the goalposts keep moving. The whole LDL/HDL story was viewed by many as a convenient answer to the glaring problems with the original cholesterol model. Then, the process got even more complicated.

There are actually two types of LDL—Pattern A and Pattern B. It seems that Pattern B (also known as Very Low Density Lipoprotein) is the real bad actor, while Pattern A is harmless. Thus, conventional reporting of LDL as one measurement is of limited usefulness. Some authorities say that you can estimate your levels of Patterns A and B by simply looking at your ratio of triglycerides to HDL, but there are caveats with this, as well.

There are others who suggest that the ratio of HDL to LDL is a function of your body’s metabolic needs, and is constantly changing, just like your blood sugar and blood pressure.

Bear in mind also that with a total cholesterol lower than 180 mg/dL (4.7 mmol/L), you are more susceptible to a stroke, and with levels around 150 mg/dL (3.9 mmol/L) the risk is dramatic. As you get older, a high cholesterol level actually seems to be health protective. Moreover, dietary recommendations to improve your Pattern A LDL advise against grains (whole and otherwise) and actually tout certain saturated fats, while other experts promote the very opposite for heart health.

Finally and thankfully, there is a growing body of knowledge suggesting that by far, stress is the leading risk factor for heart disease. And that’s a good thing, because all this cholesterol talk was starting to stress me out.