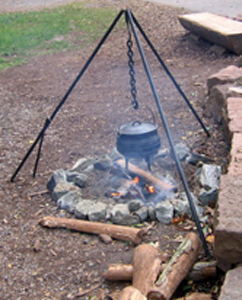 Even though there has been a recent dip in gasoline prices, most of us are still trying to be energy efficient to both save money, and to help the environment. But, what about those good old creature comforts…

During these winter months, everyone enjoys a warm shower—until the hot water runs out! For homeowners, the dream of a tankless water heater—one that supplies an endless flow of instantly warm water—is now a reality. The question is: Are they right for you?

The tankless heaters, also called “demand” or “instantaneous” water heaters heat water directly, without the use of a conventional storage tank, thus avoiding standby heat losses. When you turn on the hot water tap, cold water travels through a pipe, heated by a gas burner or an electrical element. All things being equal, the gas units will use less energy, especially if the heater is equipped with an intermittent ignition device (similar to what is used in pilotless gas ranges), rather than a continuously running pilot light.

As to outputs, the units can produce hot water at a rate of 2-5 gallons (7.6-18.9 liters) per minute. But, this might not be enough for either large households or situations whereby a shower and a clothes washer or dishwasher are running simultaneously. Certainly, you could elect to install more than one demand unit in parallel, or install dedicated demand units for specific appliances.

Bear in mind, though, that the energy savings realized would have to be traded-off against the true costs of the demand unit. Consumer Reports magazine estimates a $50.00 annual energy savings versus a purchase/install/maintenance cost of $1300.00. That’s a long time for the payback. Ironically, if price were no object, a significant energy savings—as much as 50 percent—could be achieved if a demand unit were installed at each hot water outlet. Don’t forget that energy savings can be realized with any system, by setting the output water temperature lower.

What about water savings? The theory is that by not having to fill up a large tank, but rather heating water on the fly, less water is being used overall. And, in a home without recirculation, all the water sitting in the supply lines has to pass through the pipes before hot water from the tank reaches the faucet. As the cliché goes, more data is needed. In two small scale studies (Westminster, CO and San Jose, CA) the results showed “no statistically verifiable overall savings” and “very limited water savings” that were substantially less than the manufacturer had claimed.

As to environmental benefits, since these would be based largely on reduced water and energy consumption, the jury is still out, and will be out until more definitive studies are done.

At this point, the best applications for demand systems would include:

Since we mentioned solar, here are the basics.

A solar water heater typically includes collectors mounted on the roof or in the yard, a separate storage tank near the conventional heater in the home, connecting pipe, and a controller. Compelling since the fuel to heat the water is free, and with systems available that can work in virtually any climate, significant energy savings (50% to 80% according to the US Department of Energy) can be realized with this method.

Since new hardware is involved, the economics for solar look at lot better as part of a new home purchase or a refinancing. By one estimate, if the price of a solar water heater is included in a new 30-year mortgage, this might add $13.00-$20.00 per month.

On average, the federal income tax deduction for mortgage interest attributable to the solar system reduces that by about $3.00-$5.00 per month. By this reckoning, even a modest monthly fuel savings would pay for the solar installation.

Our best advice is to check out all the options, which include staying with the tried and true, to keep that hot water running in your home.