Not Enough Physicians: The Soft Underbelly of Health Care Reform

Not Enough Physicians: The Soft Underbelly of Health Care Reform 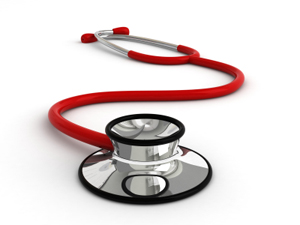 Over the past few months, the media has been buzzing about an upcoming shortage of doctors. Plenty of newspaper articles quoted the Association of American Medical Colleges, warning of a deficiency of up to 125,000 doctors by 2025. Likewise, the American College of Physicians is telling us to “expect long lines and wait times” since its figures portend a shortage of 35,000 to 44,000 primary care physicians for adults by 2025.

So, what can we do to avoid the predicted catastrophe?

The first and easiest thing is to remove the cap on Medicare funding for Graduate Medical Education, arising from the Balanced Budget Amendment of 1997. This would increase the number of residency training programs for physicians. Without more residency slots, all the new medical schools in the world (and several are in the works), will still lead to the same bottleneck. This year, there were 38,000 graduate physicians vying for 26,000 residency spots, in what was called the worst residency “Match” (National Resident Matching Program) in history.

Part of the justification for freezing the residency slots was that in 1994, an article in the Journal of the American Medical Association predicted a surplus of 165,000 doctors by 2000.

The article, written by Jonathan Weiner—of the Johns Hopkins School of Public Health—posited universal health insurance and widespread introduction of managed care networks. Presumably, the managed networks would rely heavily on primary care doctors, who could earn bonuses, based on limiting referrals to specialists. This model currently exists in Canada, for example, where primary care docs are often the most highly compensated.

As such, he forecast that the requirement and supply of primary care physicians will be in relative balance, but the supply of specialists will outstrip the requirements by more than 60 percent. Perhaps there really are too many specialists, and some argue that there is behind-the-scenes pressure to limit residency spots overall for this reason.

Complicating this situation is the very manner in which hospital-based physicians are compensated, as well as how medical education is financed. Note that all the resident docs’ salaries are paid for by the Feds. Note further that the residents are the very heart of how the hospitals provide care. Interestingly, these tax dollars also support the residency training of non-United States citizens, a situation that is unique in the world.

Try to wrap your arms around the idea that a profit-making enterprise’s key employees are being paid for—plus overhead—by the Feds.

The hospitals will immediately counter by telling you that residency is an educational mission. And, the attending physicians, who supervise the residents, are being paid for by the hospital. Fair enough, but there are plenty of on-the-job training programs in this country that don’t get subsidized by the Feds.

Moreover, why should residency training be a federally-sponsored educational mission, if medical school itself is not? Well, the Feds do get involved in funding medical education, by guaranteeing student loans. However, this only benefits the banking industry—already a fat client of federal generosity. Ask a recent medical grad how he feels about his $200,000 plus in debt, matched up against that $50,000 residency salary.

Adding to the complexity is that many of the supervisory attending docs are also undergoing fellowships, in which they receive training to become specialists. These fellows are billed out at vastly higher rates than the residents, even though their compensation—on average—might be only $10,000 higher. Thus, hospitals are eager to encourage specialization. All the while, the residents, and for that matter primary care docs, are underpaid.

Finally, we should examine the length of medical training, relative to the expected compensation. Why should a doc who does nothing but a specific type of knee surgery be paid so much more than a primary care physician, whose required operational knowledge is far greater? I’m afraid that the answer is quite simple: Given the perverse “value-added” theory of higher education, the longer one spends in the academy, the more he must be worth.

Related to this is our adherence to the traditional four-year undergrad/four-year med school format. Five to six year programs (entered directly from high school) to earn a medical degree are not uncommon in many other countries. Indeed, they also exist in the US, but are virtually unknown and unpublicized. Expanding these will get more docs into the field sooner—and at a lower cost.

You might ask your elected representatives why these matters were not addressed in our so-called Comprehensive Health Care Reform.