Environmentalism Versus Energy: A False Dichotomy This Time

Environmentalism Versus Energy:  A False Dichotomy This Time 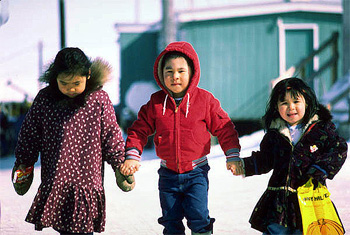 In the late 1960’s, the nascent environmental movement was a legitimate reaction to the rather obvious effects of industrial pollution gone wild. Images of grotesque effluents being discharged directly into Lake Superior, eye-searing smog in Los Angeles, and Ohio’s Cuyahoga River catching on fire were enough to convince anyone that concerns about despoiling the environment had to become part of national policy.

The Environmental Protection Agency was created and, in typical American style, the air and water got cleaner, cars and industries became greener—success by any standard. However, for some, enough is never enough. There has to be a balance between maintaining modern life, a healthy population, a vibrant economy, and making it possible to provide the energy to achieve these goals.

There’s actually good environmentalism (positive objectives) and bad environmentalism (negative outcomes). Politicians, always trying to figure out where the parade is going in order to run to the front of it, are seeking to boost their own Green bona fides. A case in point is Senator Joe Lieberman’s (ID-CT) proposed legislation regarding the billion-plus barrels of oil in the Arctic National Wildlife Refuge.

To quote Alaska Governor Sarah Palin, in a letter to Lieberman:

“With the price of oil hovering around $100 per barrel, I was astonished to learn that you, with 25 co-sponsors, have introduced legislation that would permanently block the development of oil and natural gas in the most promising unexplored petroleum province in North America—the coastal plain of the Arctic National Wildlife Refuge (ANWR) in Alaska.”

The arguments in favor of coastal plain development have been made long before the advent of our current sky-high oil prices:

Hard numbers—based on actual animal population surveys—show that the Central Arctic Caribou Herd, which migrates through Prudhoe Bay, has grown from 3000 individuals to its current level of 32,000. Moreover, the arctic oil fields have very healthy brown bear, fox, and bird populations equal to those in surrounding areas. In the face of this, Lieberman’s press release on the new bill quotes vague speculations of “sever[e] harm” to animal populations.

This is contradicted by studies conducted by the Alaska Department of Fish & Game. As to the obvious benefits inherent in a new domestic source of energy, Lieberman offers a very unrealistic claim:

“America’s strength is not in our oil reserves, but in our reserves of innovation. The answer is not to drill in our national treasures but to increase our energy efficiency and find alternative and renewable sources of energy.”

“I do not see national energy policy as an either/or proposition. Rather, we need to develop secure domestic sources of conventional energy, such as oil and natural gas, while also researching and developing alternative and renewable energy.”

“[T]he U.S. Geologic Survey estimates the amount of commercially recoverable oil would meet no more than two percent of our nation’s use at any given time.”

Please note that the discovery of Prudhoe Bay—the largest deposit of oil ever found in North America—was dismissed by environmentalists as only a few months’ supply. Saying that, small amounts of oil definitely make a big difference.

In 1973, when we were importing only 35% of our oil, a decline of barely 3% caused the crisis. If ANWR produced 1 million barrels per day, that equals the amount that Katrina removed from the flow, and we all remember how prices shot up in its wake.

The best numbers now peg ANWR reserves at twice the proven reserves of Texas, equal to 30 years worth of Saudi oil imports. Any way you look at it, ANWR development is a good idea.

Governor Palin chose to take the high ground, and not embarrass the current doomsayers with the sorry record of their predecessors. Her letter to Lieberman concludes:

“Congressional approval of responsible petroleum development in the coastal plain would be of incalculable benefit to my state and the nation.”

There are plenty of real environmental issues that politicians could be working on, starting off with the consequences of gridlock traffic conditions in some many of our major cities, and updating our failing infrastructure. Development in 0.01% of ANWR should not be on the list.