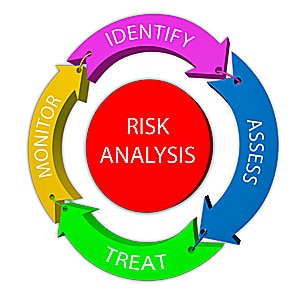 This is good news, but requires a bit of explanation. The Linear No Threshold Theory, aka the Linear Non-Threshold Theory, aka the Linear No Threshold Model (abbreviated LNT), was originally developed regarding exposure to ionizing radiation. LNT holds that additional cancer risk is linear with respect to the absorbed dose, and becomes zero only at zero dose. Thus, there is no threshold below which there is no effect. This model is used as the basis of most nuclear-related legislation around the world, and in some chemical risk assessment.

LNT was controversial from its introduction, and became even more so once it was applied to chemical exposures. After all, if the dose makes the poison, and the dose is diluted down to one molecule, how harmful could it be? Intuitively, there must be a threshold. If not, then no pharmaceutical drug could ever be safe. Or as my toxicologist friend Dr. Robert Golden once put it, “If there is no safe level, then why bother doing risk assessments at all?”

There is much literature extant disputing LNT, including this extensive review article from 2018, which concludes:

Objectively evaluating and incorporating the latest scientific evidence on LDDR (low dose, low-dose rate) dose-response relationships for application to the regulatory and policy-making process for risk assessment purposes will (1) ensure science remains the foundation for its decision making, (2) reduce the unnecessary burden of costly cleanups, (3) provide a much needed platform to educate the public on the risks or benefits from LDDR radiation exposures, and (4) harmonize the agency’s policies with those recognized by the rest of the radiation scientific community. A continued resistance to conducting a comprehensive review of the latest science regarding LNT-based policies will only diminish the agency’s [EPA’s] credibility and influence to protect human health and the environment.

The notion of LNT is based on the work of Nobel Laureate Hermann Muller, who won the 1946 Nobel Prize in physiology or medicine for his discovery that X-rays induce genetic mutations. In his Nobel Lecture (December 12, 1946), Muller declared that there is “no escape from the conclusion that there is no threshold dose.”

However, according to the extensive work of toxicologist Edward Calabrese, it is highly probable that at the very time Muller gave this lecture, he already knew that his contention was untrue. More than that, Muller actively conspired to suppress contrary findings for years.

Which brings us to recent activity of EPA’s Science Advisory Board (SAB). On July 15th, the Board posted a report entitled “Consultation on Updating EPA Guidelines for Carcinogen and Non-Cancer Risk Assessment.” The report first states the charge questions, which cover aspects of EPA’s risk assessment guidelines, with frequent reference to dose-response issues. The next two sections of the report include individual comments from members of the SAB on these questions.

The comments were conveyed as such because EPA administrator Andrew Wheeler specifically requested individual advice from the board members, rather than seeking consensus recommendations.

Member Kimberly White, with the American Chemistry Council, noted that, “There is considerable empirical evidence of non-linearity in dose-response modeling and the Agency should evaluate its reliance and application of default models that limit the consideration of alternative approaches. Decades of peer reviewed published literature provide multiple examples of observed chemical specific thresholds for both non-cancer and cancer endpoints.”

Member Dennis Paustenbach, an independent consultant, agrees: “It is clear to me, although not everyone would agree, that the linearized multi-stage model is unable to account for the dozens of compensatory mechanism that clearly exist at low doses which render virtually all chemicals to be harmless at those levels. Dozens of papers of the past 15-20 years that have attempted to study such doses in whole animal studies seem to clearly show this to be true.”

“In spite of these cautions and caveats, the Agency continues to claim that there is consensus for their application of LNT to estimate risks from low radiation doses and set cleanup standards. In fact, there is wide disagreement on application of the LNT model among expert advisory bodies, professional societies, and individual scientists.”

“The Agency’s assertion that assuming linearity is protective of public health is presented without evidence and is in fact contradicted by the experiences of the Chernobyl and Fukushima accidents. In those situations, public health responses based on the LNT model of radiation risks were retrospectively found to have done more harm than good.”

There is little doubt that EPA should abandon Linear No Threshold.