Evaluating The Evaluators Of Medical Devices: Should We Worry About Conflicts Of Interest?

Evaluating The Evaluators Of Medical Devices:  Should We Worry About Conflicts Of Interest? 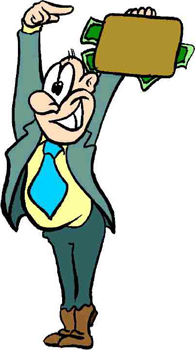 The US Food and Drug Administration’s Center for Devices and Radiological Health has in place means for awarding approval to new medical devices. The FDA’s mission in this regard is “Ensuring that medical devices are reasonably safe and effective.” The agency acknowledges that no system is perfect, especially since safety and effectiveness testing cannot be conducted indefinitely. Recalls may be necessary, and some devices might even have to be taken off the market.

Still, once the products do get to the market—even though they are all approved—those within a particular class are not necessarily equivalent. As such, health care practitioners want to know which devices are best, and actively seek recommendations from supposedly impartial organizations.

Since the matter of infection control affects virtually all medical devices, let’s examine how one aspect of this has been handled in the contexts of…

Much of the material that follows is based on an interview with infection control guru Dr. Lawrence F. Muscarella.

One of Muscarella’s main interests is the proper cleaning, disinfection, and sterilization of flexible endoscopes.

An ongoing controversy in the health care community involves the question of whether a flexible endoscope should be left wet, or be dried after high-level disinfection. High-level disinfection refers to the destruction of all microorganisms with the exception of bacterial spores; sterilization refers to a process that results in the complete elimination or destruction of all forms of microbial life, including spores.

Muscarella was commissioned to write an article delving into the wet/dry controversy. At the heart of the matter is the fact that most clinical best practices would recommend not leaving the device wet, but one particular manufacturer’s AER does leave them wet. It is noted that this manufacturer is a large company, and is also a major advertiser in this trade publication.

Since Muscarella’s expert opinion went against the leave wet method, his article was never run.

This group also addressed the wet/dry controversy, by putting in its guidelines the remarkable statement that endoscopes are not to be left wet by the AER, unless otherwise recommended by the AER manufacturer. One wonders how wet devices are bad in all cases except that of the one AER, for whom the exception was created.

This organization published guidelines for the reprocessing of GI scopes, and in one case touted the use of a certain brand of disinfectant as being more effective in situations in which biofilms (complexes of microorganisms and their secretions—protective to the pathogens one wishes to kill) have formed. However, no data exists in the literature backing up the biofilm claim with respect to GI scopes.

The president of this institute compares the impartiality of his group to the Consumers Union, publisher of Consumer Reports. As is well known, Consumer Reports accepts no advertising, and buys all products for evaluation from normal sources, off-the-shelf.

It has come out that this institute does not purchase the devices it evaluates, rather it is loaned them by the manufacturers. Given the cost of these devices, this policy is not difficult to understand, but it has never been specifically acknowledged. While being loaned the devices might imply a financial conflict of interest, a worse problem is that the devices could be specially tweaked by the manufacturer to perform unusually well during the evaluation.

By their very nature, conflicts of interest are impossible to eliminate completely. After all, if you are chosen to offer expert advice on a topic, you must already be connected to that field in some way! The problem is the arbitrary and capricious manner in which these conflicts are handled at a practical level.

For example, I was barred from testifying a few months ago to a congressional committee since my company manufactures instruments used to measure the chemical under discussion. Yet, representatives from the Sierra Club and other such groups were heard from with no objection. By what reckoning are environmental fund-raising groups not considered to demonstrate a conflict of interest?

Thus, we ask:  Who regulates the regulators? Who evaluates the evaluators?