The Explosion Of Video in Health Care

The Explosion Of Video in Health Care 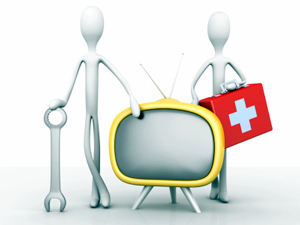 For more than half a century, production of a storage medium in which moving images could be recorded was limited to the expensive and arduous realm of motion picture film. The first magnetic video recorder for professional studio use was introduced in 1956 by Ampex Corporation. Within 20 years, home video was common, and propelled by constantly improving technology, YouTube was launched in 2005. Other video sharing sites soon followed.

Thus, the Internet has become the most powerful means of distributing “moving picture” content. Needless to say, this has great implications in the world of health care.

Networking pioneer Cisco Systems has posted (of all things) a video, showing some of the benefits this medium can provide in hospital settings. These include:

Outside of acute care environments, video is already contributing—significantly—to patient education. A well-known player in this space is Krames Video Solutions, a division of Krames StayWell. The company offers more than 490 videos to patients via a variety of platforms, initiated by their health care provider.

Given the thousands of videos available, some discernment is vital. I suppose the same could have been said when mass media was born with the Gutenberg press in the 15th century. But, in light of our information superhighway, the task has become far more urgent.

I am often asked how one can evaluate the accuracy and utility of the constant stream of scientific—especially health-related—information. It’s no secret that I am a severe critic of much of what masquerades as “science” these days. Here are a few precepts:

While the first point is self-explanatory, let us consider the second and third. It is telling that this second precept is often dismissed these days as “naive,” notably by those who are emotionally or financially tied into the particular concept in question. In the simplest case, the “theory” of gravity could be easily disproved if one could drop a heavy object from a building, and see it float in the air.

Likewise, if a theory such as cholesterol causing heart disease must be continually modified, parsed, sliced and diced, and revamped to retain credibility, one might question it. Or put another way, be wary when apparent falsifiability is routinely being denied.

The third precept usually applies to studies that would appear to completely destroy cherished concepts. The best recent example is the unconscionably long time it took before mainstream medicine finally agreed that stress and stomach acid do not cause ulcers. Rather, they are caused by bacteria. That a conventional anti-ulcer drug was the country’s leading seller just may have had something to do with this resistance to change.

I got some good insight into the use of videos in health care from Jim Pond and Matt Maguy, the proprietors of nifty Boston-based marketing “un-agency” James & Matthew. Here are but a few of their thoughts…

A well done video can help patients get past the focus on prognosis, by helping them understand the prescribed solution. Video is utilized to raise funds for ground-breaking studies and clinical trials by developing a narrative that speaks to the ingenuity and innovative practices of the doctors and organization involved. In addition, animation and CGI technologies allow a viewer to travel inside the body, and are used in universities and teaching hospitals.

Since third-party payers have obliterated the doctor-patient relationship, perhaps video-based patient education can serve as a partial substitute.