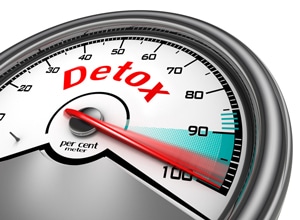 The notion of “fake news” and its effect on the public has been widely publicized. One problem with the clarion call to end the supposed plague of fake news is that it is nearly impossible to define the term. The plain fact is that any human-based description of any particular event will necessarily be “tainted” by the perspective of the describer. Few statements, other than the time and numerical designations of the weather conditions, can be free of narrator’s bias.

However, most people would agree that for a fake news story to be effective, it would have to include a few unassailable facts—which could then be conflated with other assertions in such a manner as to promote the false narrative. This basic technique can be enhanced in several ways. One tactic is to quote a recognized authority, who might now be commenting on a field outside of his expertise.

Which brings us to an article that recently appeared in the Washington Post, entitled “I’m a doctor who wants to treat addiction, but the rules won’t let me.” In the print edition, the title was “I can’t prescribe a vital drug.” The author is Douglas Jacobs, a resident physician at Boston’s Brigham and Women’s Hospital, who also contributes to the Health Affairs blog.

Jacobs relates the frustration and sadness he experienced when treating “Mr. B.,” a heroin addict, in a primary care clinic. Regulations, you see, prohibit Dr. Jacobs and his attending physicians from prescribing a wonderful drug (buprenorphine) that could treat his patient’s addiction. Mr. B. had already tried methadone—generally regarded as the gold standard for opiate addiction treatment—but it had not worked for him.

True enough, completion of an 8-hour online course is required to allow docs to prescribe any Schedule III – V substance (including buprenorphine) as used in addiction treatment. For the record, methadone is a Schedule II substance, and a different course must be completed. One might ask why no physician within Jacobs’ clinic has been certified. After all, the sad spectacle of oxycodone-addicted chronic pain patients being essentially forced into heroin abuse—by limiting their access to oxycodone—is hardly a big secret.

Recall that heroin was originally introduced in 1898 as a powerful pain medication, with the added advantage of not being as addictive as morphine. These days, it is relatively cheap and available as a street drug.

People addicted to opiates will develop an increased number of opioid receptors in the brain. Withdrawal occurs when these receptors are left inactivated, and is only relieved by consuming more opiates. Buprenorphine is a so-called partial opiate agonist, in that it activates the receptors, but does not provide much of a high—compared to full agonists such as heroin. More than that, buprenorphine is “stickier” than heroin, in that it preferentially binds the receptors and keeps the full agonists away.

All good, right? Wrong, and this is where Jacobs inexplicably goes off the rails. Does he not realize that drug abusers…abuse drugs? And, make no mistake, buprenorphine can surely be abused if injected. That’s why, in 2002, the FDA approved the use of pain drug suboxone for addiction treatment. Suboxone combines buprenorphine with naloxone (a silent or neutral antagonist), in a 4:1 ratio. If suboxone is injected—instead of taken sublingually as it should be—withdrawal symptoms will rapidly occur. Since 2013, this combination drug has been available as a generic.

We can speculate as to why Jacobs did not mention suboxone, universally accepted and known as a medicine for addiction treatment. If one pill of buprenorphine is dispensed at a time, in the presence of a physician, abuse is not possible. And, in many treatment scenarios, buprenorphine without naloxone is dispensed during the early phases (induction), when the patient is under careful supervision.

Fair enough, but at some point, the patient should be transitioned to administering his own meds. Otherwise, such therapy would have no advantage over methadone. So…what was Jacobs thinking? Did no one edit his article?

I guess that’s why they make you take that 8-hour course.