Figuring Out The Placebo Effect

Figuring Out The Placebo Effect 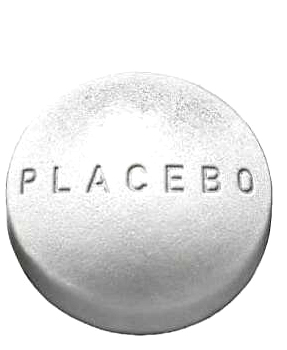 Now that we’re in the midst of the dreaded cold and flu season, what better time to take a look at the widely acknowledged but poorly understood phenomenon of the placebo effect?

In the most generic definition, the placebo effect is “improvement in the condition of a patient that occurs in response to treatment but cannot be considered due to the specific treatment used.” Typically, this is thought of as occurring when a patient takes a so-called inert substance—such as a sugar pill—on the advice of an authority, who tells him that in so doing his condition will improve, and it does.

It should be noted that issues in precision of language appear at once. How can the substance be “inert” if the patient’s condition improves? And, strictly speaking, a sugar pill, if taken in excess, would hardly be inert either in that it would surely promote weight gain.

Moreover, if we go further into the etymology of the term, more questions are raised.

The word placebo in Latin means “I shall please,” and right away we are wondering who is pleasing whom? Is the doctor trying to please a patient by giving some benign substance since either there is no real disease present, or there are symptoms which cannot be mitigated with any known treatment? Or, is the patient trying to please the doctor by claiming a beneficial effect where none actually exists?

Although use of the term “placebo effect” in the medical literature probably dates back to 1920, it was H.K. Beecher’s 1955 paper, entitled “The Powerful Placebo,” published in the Journal of the American Medical Association, that really captured the public’s imagination. Beecher reported that around 25% of patients administered a placebo for back pain not only claimed an improvement in their condition, but the improvements could be measured objectively.

Additional studies pegged the average placebo response rate at 32.5%, and later research indicates that even higher responses can be obtained under conditions of heightened expectations. Indeed, it was recognition of these factors that created the gold standard paradigm used in virtually all clinical studies of the double-blind placebo-controlled model—neither the patients nor the doctors administering the therapy know if it is the active agent or the placebo.

Bear in mind also that cases of spontaneous remission most certainly occur, and no matter what the therapy—whether conventional or not—there is a significant logical challenge to most attempts to monitor the progress of disease: Post hoc, ergo propter hoc (After this, therefore because of this). Namely, a particular therapy is given credit for curing a condition merely because the cure followed the therapy.

Furthermore, if one sets out to verify a therapy by pitting it against a placebo control that in itself can effect improvement 32.5% of the time, either the active agent must show truly dramatic results in comparison, or all sorts of fancy statistical analysis has to be performed to elucidate some conclusions. To be kind, statistics can be utilized in differing manners by different people, and it is ironic that no one seems to care about applying the double-blind standard to statisticians analyzing the data.

In the wake of a 2001 Danish study that was widely quoted in the popular media as debunking the placebo effect—even though that study acknowledged the effects of placebo on pain treatment—subsequent work has cast considerable doubt on the methodology. In a paper from the Interdisciplinary Placebo Working Group, based at Beth Israel Deaconess Medical Center (a Harvard teaching hospital), the authors point out that a concept as well-established as the powerful placebo should hardly be abandoned based on a single study.

In the first two cases, if, as the Danish paper held, the placebo effect is nothing more than natural history (doctor-patient interaction) or regression toward the mean (if done again, the effect would not likely appear), changing the placebo or labeling the placebo with different expectations should make no difference. But it does.

As to mechanisms, endorphins come into play, and the new field of psychoneuroimmunology investigates the undeniable mind-body effects observable in the immune system.

The Working Group authors suggest a few changes to the standard double blind model, that might improve our understanding of the placebo effect…

Finally, we must mention the “nocebo effect” (Latin nocebo = “I shall harm”) whereby a patient does not believe in a treatment, and will experience a worsening of symptoms.

I recommend opting for the positive attitude!