To Fix Health Care, First Do No Harm

To Fix Health Care, First Do No Harm 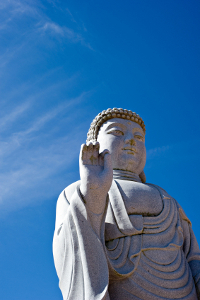 This column has addressed health care reform on previous occasions, but this time, we’ll approach it from a more philosophical point of view. Karma can be defined as “The sum total of the ethical consequences of a person’s good or bad actions comprising thoughts, words, and deeds that is held in Hinduism and Buddhism to determine his specific destiny in his next existence.”

More generically, it can be viewed as reaping what you sow, or in the common parlance, “What goes around, comes around.” For our purposes, I propose a sort of collective Karma, as it would apply to the entire health care industry. According to the Bureau of Labor Statistics, in 2008, the field of health care employed more than 14 million people in the US, so this will create plenty of Karma indeed.

To be accurate in our analysis, we must consider…

For the sake of brevity, we will primarily discuss physicians as these workers. And, our four factors will be intermingled.

Relevant to our first factor, of course, is the notion of the doctor-patient relationship. Fundamentally, this requires mutual respect, and implies a responsibility on the part of the physician to do his absolute best for the patient. Perhaps less important is the bedside manner, in that most patients would rate competence higher.

Some physician’s groups center their ideas for reform on “restoring the doctor-patient relationship,” but what is meant by this is not clear, and worse, this phrase could purposely be invoked so that all observers might garner their own interpretation. As it is, the doctor-patient relationship was forever changed when patients stopped paying their physicians directly. This trend started in 1965 with Medicare, and by the mid-1970s, essentially all health care services were paid for—in large measure—by third parties.

As a result, a significant administrative burden was added to every single health care provider in the country, thus increasing costs straightaway. With rare exceptions, they would all make less money, unless they learned how to game the system—in manners both legal and illegal. Certainly, less time would be spent with each patient, and treatment options would be compromised, compared to pre-1965. Exactly how do we un-ring that bell?

For those new doctors who are willing to take a realistic view, it is difficult to avoid getting depressed. Most face a crushing student debt load, which under ideal circumstances will take years to pay off. Moreover, all residents are expected to work long hours for surprisingly low wages, even if their employers (the teaching hospitals) receive about twice the salary amount from the Feds for their compensation—not to mention that they also bill out the residents’ time at a handsome profit.

So much for how these health care workers (the administrators) treat the residents. What about the older doctors?

For those within the hospital system (the attending physicians), this will vary, but they generally toe the company line. Residents’ blogs are rife with stories of abuse including being forced to do the work of lazy para-professionals and ironically being coerced to skip appointments with their own doctors. In such a pressure cooker environment, the residents at times may turn on each other.

As to those doctors outside the hospital system, the majority are in denial regarding the lot of their younger colleagues. Many will mock the “whiny residents,” reflecting on how hard they themselves had it, back in their day. However, few residents complain about doing medical work, resenting only the prodigious amount of paperwork and overall lack of respect they receive from their peers and many of their patients.

It is fashionable in some circles to criticize the pharmaceutical industry, but for the most part, the drug companies are simply reflecting what our society seems to want. Tens of millions of people with no significant mental illness prefer to take psychotropic meds (currently the largest class of drugs), rather than seek alternate means of coping with the vicissitudes of life.

Likewise, a continual lowering of what constitutes “normal” blood glucose, lipids, and cholesterol—based on remarkably dubious studies—has promoted the next largest class of drugs. Why shouldn’t Big Pharma take advantage of these opportunities handed to them by the regulators? After all, FDA-approved drugs can still cause devastating litigation-inducing side effects, or be taken off the market entirely.

Finally, how much Karmic debt have we produced? That our health care system is far from perfect would indicate a negative balance. Under the current “disease care” model, it may not be possible to reverse this. We already know that there is not enough money in the world to reverse the negative financial implications.