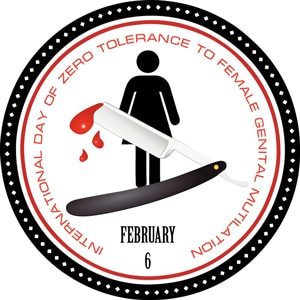 We first covered this topic last December. The article concluded with a description of the outrageous federal court decision that dismissed all charges against a “medical” group that had performed dozens of FGM procedures. Also mentioned was The Societies for Pediatric Urology, and their strong condemnation of the practice. The American Medical Association condemns FGM, as well.

So, this barbaric practice is condemned, but is there a way to help women already brutalized in this manner?

Fortunately, there is. Shortly after the December, 2018 piece ran, I found out about The Surgery Center for FGM, based in metro Atlanta. The Center is a non-profit multi-disciplinary facility whose practice is devoted solely to patients of FGM. The Center provides free reconstructive surgery and psychological counseling for its patients. Chairman and founder T. Wayne Bloodworth, MD, MBA has more than thirty-five years of surgical experience, including training under Dr. Pierre Foldès of Paris who pioneered the reconstruction technique for FGM patients. Such procedures are performed by only a small number of surgeons worldwide.

In a July, 2018 interview Bloodworth explained, “When I got ready to devote the rest of my professional life to charity work, I’d always thought I’d probably go overseas and do something there, but after researching a little more I realized that with this number of [FGM] patients and there’s nobody taking care of them in the United States, I could have a better impact or a higher impact if I were to open a center here.”

There’s no clearer way to demonstrate the impact of this surgery than with some actual case histories:

One patient, aged 27, described how she was mutilated by infibulation (vagina sewn shut) in Somalia at age 7. She was invited to visit her grandmother, and dressed up for the occasion. The next morning, she was taken by her grandmother to a hut where other girls were gathered. She entered a small room, and was placed on a dirty mattress. Adult women restrained each limb, and another woman sat on her chest. Then she experienced excruciating pain in her genital area and could feel something running down her leg. The process seemed to go on forever.

Afterwards, she was instructed to walk back to her grandmother’s house–only she couldn’t. Eventually, her grandmother carried her back. She remembers a high fever, and rags being used to stanch the bleeding, as well as watching flies being attracted to the dirty rags.

After recovering from the mutilation, she never spoke to her mother about that trip to her grandmother’s, and still doesn’t know if her mother is aware of what happened. She came to the United States and is now living in Minnesota. She found the Surgery Center for FGM after searching for help, and has had reconstructive surgery. She says she can finally urinate normally.

Another patient was mutilated in Nigeria at age 5 by a midwife and a group of adults in the bush outside her village. She and her 7-year-old sister were taken there by their mother, who assisted in the restraint. She was cut by the midwife who had always performed the procedure for the villagers. At age 14 she was sold to a 35-year-old man from Egypt who took her away. She was sexually abused by him for four years before she escaped. The woman was sheltered by an organization in Cairo until she came to the U.S. She found the Surgery Center online, had her reconstructive surgery, and is now engaged to be married.

A woman from the Ivory Coast tells how she was mutilated at the age of 7 or 8. Her mother bought her a new dress, and told her there would be a celebration. When she put on her new dress, she was led into the bush, to a hut. She was then pulled down to the ground and held so she could not move. Her eyes were covered, and soon she felt a cut to her genital area. As she struggled, the cover came off her eyes, and she discovered that her grandmother was one of the people holding her down.

She felt excruciating pain once the deed was done, and was warned never to speak of this incident to anyone. Later, she emigrated to California, and attended school with her boyfriend, who later moved away. Now alone, she was afraid to meet any men, lest they discover her secret. This fear kept her from meeting anyone special for more than 20 years. She sought help and a resolution for her condition. That’s how she discovered the Surgery Center for FGM.

The woman arranged for reconstructive surgery. Several weeks after her surgery, she contacted the Center with intense excitement. She said she had just seen saw her gynecologist the day before. When the doctor examined her, she exclaimed with wonder “you’re normal!” The patient was elated because no one had ever told her she was normal.